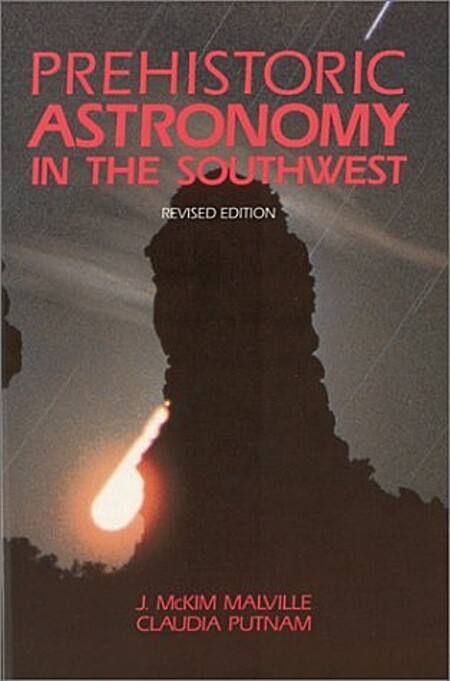 Prehistoric astronomy in the Southwest

Archaeoastronomy is a discipline pioneered at Stonehenge and other megalithic sites in Britain and France. Many sites in the southwestern United States have yielded evidence of the prehistoric Anasazi's intense interest in astronomy, similar to that of the megalithic cultures of Europe. Drawing on the archaeological evidence, ethnographical parallels with historic pueblo peoples, and mythology from other cultures around the world, the authors present theories about the meaning and function of the mysterious stone alignments and architectural orientations of the prehistoric Southwest.

Ancient ruins of the Southwest : an archaeological guide by David Grant Noble
Echoes of the ancient skies : the astronomy of lost civilizations by E. C. Krupp
Anasazi ruins of the Southwest in color by William M. Ferguson
New light on Chaco Canyon by David Grant Noble
A Field guide to rock art symbols of the greater Southwest by Alex Patterson
22 more
Skywatchers by Anthony F. Aveni
People of Chaco : a canyon and its culture by Kendrick Frazier
Living the sky : the cosmos of the American Indian by Ray A. Williamson
The ancient Southwest : Chaco Canyon, Bandelier, and Mesa Verde by David E. Stuart
Mysteries and discoveries of archaeoastronomy : from Giza to Easter Island by Giulio Magli
Exploring Native North America by David Hurst Thomas
Conversing with the Planets: How Science and Myth Invented the Cosmos by Anthony Aveni
The petroglyph calendar : an archaeoastronomy adventure by Hubert A. Allen
The Chaco meridian : centers of political power in the ancient Southwest by Stephen H. Lekson
Anasazi Ancient People of the Rock by David Muench
Ancient peoples of the American Southwest by Stephen Plog
Anasazi America : seventeen centuries on the road from center place by David E. Stuart
Beyond Stonehenge by Gerald S. Hawkins
Roads to center place : a cultural atlas of Chaco Canyon and the Anasazi by Kathryn Gabriel
Indian rock art of the Southwest by Polly Schaafsma
Images on Stone: The Prehistoric Rock Art of the Colorado Plateau (Plateau (Flagstaff, Ariz. : 1939), Vol. 55, No. 2,) by Jr. Donald E. Weaver
Suns and serpents; the symbolism of Indian rock art, by Gar. Packard
The rocks begin to speak. by LaVan Martineau
Those who came before : southwestern archeology in the National Park System : featuring photographs from the George A. Grant Collection and a portfolio by David Muench by Robert Hill Lister
Prehistoric Indians of the Southwest, by H. M. (Hannah Marie) Wormington, 1914-
The great houses of Chaco by John Martin Campbell, 1927-
In search of the old ones : exploring the Anasazi world of the Southwest by David Roberts
Fewer