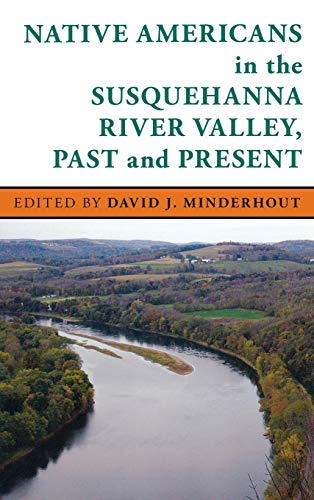 Native Americans in the Susquehanna River Valley, past and present

This first volume in the new Stories of the Susquehanna Valley series describes the Native American presence in the Susquehanna River Valley, a key crossroads of the old Eastern Woodlands between the Great Lakes and the Chesapeake Bay in northern Appalachia. Combining archaeology, history, cultural anthropology, and the study of contemporary Native American issues, contributors describe what is known about the Native Americans from their earliest known presence in the valley to the contact era with Europeans. They also explore the subsequent consequences of that contact for Native peoples, including the removal, forced or voluntary, of many from the valley, in what became a chilling prototype for attempted genocide across the continent. Euro-American history asserted that there were no native people left in Pennsylvania (the center of the Susquehanna watershed) after the American Revolution. But with revived Native American cultural consciousness in the late twentieth century, Pennsylvanians of native ancestry began to take pride in and reclaim their heritage. This book also tells their stories, including efforts to revive Native cultures in the watershed, and Native perspectives on its ecological restoration.While focused on the Susquehanna River Valley, this collection also discusses topics of national significance for Native Americans and those interested in their cultures.… (more)