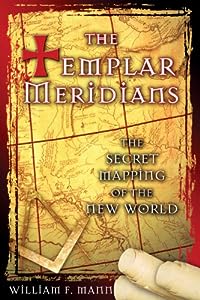 The Templar meridians : the secret mapping of the New World

Reveals the true nature of the secret science the Templars discovered in the Holy Land that was the key to their power * Shows the cartographic knowledge that allowed the Templars to cross the Atlantic and establish settlements in the New World * Explains the connection of the Templar meridians to the journey of Lewis and Clark * Shows the role played by secret societies in the establishment of the United States The most enduring mystery surrounding the Templars concerns the nature and whereabouts of their great treasure. Whereas many believe this lost treasure contains knowledge of the bloodline of Christ, William F. Mann shows that it actually consists of an ancient science developed before the Great Flood--knowledge discovered by the Templars in the Holy Land during the Crusades and still extant today in Templar/Masonic ritual. Among other things, this knowledge enabled the Order to establish accurate latitudinal and longitudinal positions long before the foundations of the current science were laid in the seventeenth century. This allowed them to cross the Atlantic to reach the New World, where they established secret settlements and mining operations that gave them a limitless supply of precious metals and a military edge over their opponents. Pursued farther into the interior of the North American continent by their adversaries from the Old World, the Templars left artifacts, relics, and information caches at key sites, confident that future initiates could use their understanding of the science of meridians and ley lines to locate them. The author points out that not only did future masons such as Jefferson and Washington use this science as the basis of their designs for Monticello and Washington, D.C., but the true motive of the expedition of Lewis and Clark was to identify the meridians mapped by the Templars and to search for the final resting place of Prince Henry Sinclair--where the great Templar treasure could also be found.… (more)

The Lost Treasure of the Knights Templar: Solving the Oak Island Mystery by Steven Sora
Templars in America: From the Crusades to the New World by Tim Wallace-Murphy
The Knights Templar in the New World : how Henry Sinclair brought the Grail to Acadia by William F. Mann
Holy Blood, Holy Grail: The Secret History of Christ & The Shocking Legacy of the Grail by Michael Baigent
The Hiram Key: Pharaohs, Freemasons and the Discovery of the Secret Scrolls of Jesus by Christopher Knight
8 more
The lost colony of the Templars : Verrazano's secret mission to America by Steven Sora
Uriel's Machine: Uncovering the Secrets of Stonehenge, Noah's Flood and the Dawn of Civilization by Christopher Knight
The hooked X : key to the secret history of North America by Scott F. Wolter
The Sword and the Grail: Of the Grail and the Templars and a True Discovery of America by Andrew Sinclair
Discovering the Mysteries of Ancient America: Lost History and Legends, Unearthed and Explored by Frank Joseph
The Sign and the Seal: The Quest for the Lost Ark of the Covenant by Graham Hancock
A new encyclopaedia of Freemasonry (Ars magna latomorum) and of cognate instituted mysteries : their rites, literature, and history by Arthur Edward Waite, 1857-1942
The sacred symbols of Mu by James Churchward, 1852-1936
Fewer