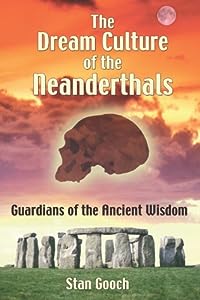 The dream culture of the Neanderthals : guardians of the ancient wisdom

Explores the influence of Neanderthal man on the cultural and biological development of humanity * Traces the power of long-held beliefs and superstitions to the influence of Neanderthal lunar and dream-based traditions * Offers a compelling vision of a unified humanity that can benefit from the gifts of both its Neanderthal and Cro-Magnon ancestors * Provides evidence that direct descendants of the Neanderthal race may still be alive in Central Asia A number of long-standing beliefs and superstitions show how the ideas that dominated the lives of our ancestors still have a powerful influence on us today. The disturbing power attributed to the number thirteen, the positive influence of the number seven, and the comfort offered by the admonition "knock wood" all reveal the enduring presence of our most ancient ancestors: the Neanderthals. Contrary to current theories, Stan Gooch maintains that the Neanderthals were not destroyed by the younger Cro-Magnon culture but were incorporated into that culture through interbreeding. The blending of the disparate influences of the lunar, matriarchal-based Neanderthals and the solar, patriarchal Cro-Magnons may explain the contradictory impulses and influences that have generated human conflict for millennia. In fact, the author suggests that the caste system in India may have been constructed to utilize the strengths of both lunar and solar cultures and to minimize the conflict between the two. There is evidence that direct descendents of the moon-worshipping, dream-­cultivating Neanderthal race are still living in Central Asia today. While their physical descendants may be almost extinct, the influence of Neanderthal wisdom remains strong and can be found not only in witchcraft lore and the Kabbalah, but in the formative tenets of the Knights Templar, the Rosicrucians, and even Christianity.… (more)

We Are Not the First: Riddles of Ancient Science by Andrew Tomas
The Sirius Mystery: New Scientific Evidence of Alien Contact 5,000 Years Ago by Robert Temple
Maps of the ancient sea kings; evidence of advanced civilization in the ice age. by Charles H. Hapgood
Civilization one : the world is not as you thought it was by Christopher Knight, 1950-
Needles of stone by Tom. Graves
17 more
The Lost Civilizations of the Stone Age by Richard Rudgley
The view over Atlantis by John F. Michell
Before the Pharaohs: Egypt's Mysterious Prehistory by Edward F. Malkowski
The Sphinx mystery : the forgotten origins of the sanctuary of Anubis by Robert K. G. Temple
Ancient man : a handbook of puzzling artifacts by William R. Corliss
The Atlantis Blueprint: Unlocking the Ancient Mysteries of a Long-Lost Civilization by Colin Wilson
Atlantis in the Amazon: Lost Technologies and the Secrets of the Crespi Treasure by Richard Wingate
Beneath the pyramids : Egypt's greatest secret uncovered by Andrew Collins, 1957-
The Hiram Key: Pharaohs, Freemasons and the Discovery of the Secret Scrolls of Jesus by Christopher Knight
Uriel's Machine: Uncovering the Secrets of Stonehenge, Noah's Flood and the Dawn of Civilization by Christopher Knight
Forbidden archeology : the hidden history of the human race by Michael A. Cremo
The cycle of cosmic catastrophes : flood, fire, and famine in the history of civilization by Richard B. Firestone
The Ancient Stones Speak: A Journey to the World's Most Mysterious Megalithic Sites by Zink
The Cygnus mystery : unlocking the ancient secret of life's origins in the cosmos by Andrew Collins, 1957-
Seed of knowledge, stone of plenty : understanding the lost technology of the megalith builders by John Burke
The secret language of symbols : a visual key to symbols and their meanings by David Fontana
Peoples of the sea by Immanuel Velikovsky
Fewer