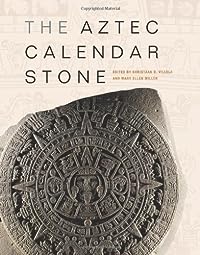 Analyzed by scholars, deployed by Mexican nationalists, beloved by the public, and reproduced in every medium and scale since its rediscovery in 1790, the Aztec Calendar Stone, or Piedra del Sol, has become the most recognizable Pre-Columbian monument. Commissioned by the Mexican emperor Motecuhzoma I in the last decades before the Spanish invasion of the New World and buried by the conquerors not long afterward, the Aztec Calendar Stone has had a far-reaching afterlife in the modern world. The Aztec Calendar Stone includes an extended scholarly introduction and a selection of twenty-one key sources dating from 1581 to the present on this massive and puzzling sculpture--including works by Antonio de Leon y Gama, Alfredo Chavero, Eduard Seler, Hermann Beyer, Carlos Navarrete and Doris Heyden, Cecelia Klein, H. B. Nicholson, Felipe Solis, Eduardo Matos Moctezuma, and others--many published here for the first time in English.… (more)