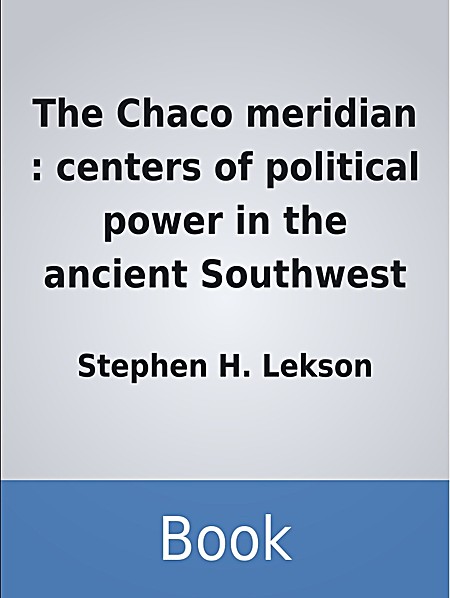 The Chaco meridian : centers of political power in the ancient Southwest

Southwestern archaeologists have long pondered the meaning and importance of the monumental 11th-century structures in Chaco Canyon. Now, Stephen H. Lekson offers a lively, provocative thesis, which attempts to reconceptualize the meaning of Chaco and its importance to the understanding of the entire Southwest. Chaco was not alone, according to Lekson, but only one of three capitals of a vast politically and economically integrated region, a network that incorporated most of the Pueblo world and that had contact as far away as Central America. A sophisticated astronomical tradition allowed for astrally aligned monumental structures, great ceremonial roads and upon the abandonment of Chaco Canyon in the 12th century the shift of the regional capital first to the Aztec site, then Paquime, all located on precisely the same longitudinal meridian. Lekson's ground-breaking synthesis of 500 years of Southwestern prehistory with its explanation of phenomena as diverse as the Great North Road, macaw feathers, Pueblo mythology, and the rise of kachina ceremonies will be of great interest to all those concerned with the prehistory and history of the American Southwest."… (more)