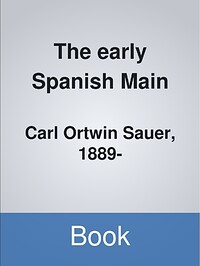 Reissued for the 500th Anniversary of Columbus's Voyage to the Americas, Carl Sauer's Classic Account of the Land, Nature, and People Columbus Encountered The history of Columbus's four voyages has been told many times. But Sauer's book is still the only work to provide not only a narrative of the voyages and of the colonizing ventures that followed them, but also an exploration of their impact on the peoples, the flora, and the fauna of the Americas. For Sauer, Columbus was simply "a Genoese of humble birth and small schooling," obstinate and increasingly paranoid. His obsession with gold and the rights he had secured brought the first Spanish venture overseas to the edge of failure. His successors were more competent administrators but continued the quest for riches, destroying the native ecology and the lifestyle of the indigenous peoples. Sauer attempts to show that native Americans had a balanced and highly productive livelihood that gave them abundance, leisure, and satisfaction. This book offers a unique view of the "cultural landscape" Columbus encountered and how it was transformed by the Europeans, establishing a pattern of conquest and settlement that was repeated all over Spanish America.… (more)

LibraryThing member DinadansFriend
Dr. Sauer was a geographer rather than a student of the politics of exploration, as Hugh Thomas is. His survey of the misuse of the islands of the Caribbean islands and their adjacent coasts is clear and readable. Being a student of how the first colonisation efforts worked out from a point of view of the native populations, human, animal and plants, is a vital dimension to add to the simplistic vision of Spanish expansion from Columbus to the dawn of Cortes' efforts on the mainland. It sets the stage for that phase quite well. A book that has gone deservedly through several reprint..… (more)