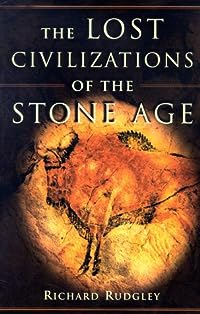 The Lost Civilizations of the Stone Age

An authoritative, eye-opening look at Stone Age civilizations that explodes traditional portrayals of prehistory The rise of historical civilization 5,000 years ago is often depicted as if those societies were somehow created out of nothing. However, recent discoveries of astonishing accomplishments from the Neolithic Age -- in art, technology, writing, math, science, religion, medicine and exploration -- demand a fundamental rethinking of humanity before the dawn of written history. In this fascinating book, Richard Rudgley describes how * The intrepid explorers of the Stone Age discovered all of the world's major land masses long before the so-called Age of Discovery * Stone Age man performed medical operations, including amputations and delicate cranial surgeries * Paleolithic cave artists of Western Europe used techniques that were forgotten until the Renaissance * Prehistoric life expectancy was better than it is for contemporary third-world populations Rudgley reminds us just how savage so-called civilized people can be, and demonstrates how the cultures that have been reviled as savage were truly civilized. The Lost Civilizations of the Stone Age shows the great debt that contemporary society owes to its prehistoric predecessors. It is a rich introduction to a lost world that will redefine the meaning of civilization itself.… (more)

LibraryThing member jcovington
Written pretty clearly in response to Graham Hancock's somewhat half-baked notions of pre-history. Unlike Graham's work, this is somewhat heavy handed, demeaning and unpleasant to read.
2 more
LibraryThing member john257hopper
The author mostly succeeds in establishing that the roots of human achievement in many cases go back much further than is often assumed into what is generally known as prehistory. However, he often oversimplifies the arguments made by other archaeologists and portrays them as having an utterly
Show More
rigid conception of a 40000BP threshold for the formation of modern human consciousness, thereby setting up a crude dichotomy between two schools of thought. The tone is set by his introduction where he cites examples of appalling insensitivity by 19th century archaeologists in grave robbing (e.g. of Tasmanian aborigines) and seems to imply that many modern archaeologists are also like that. So, overall, a fascinating look at many prehistoric attainments, but should be read alongside other views, especially as relating to controversial areas such as early art objects or evidence of human occupation in the Americas or Australia.
Show Less
LibraryThing member wickenden
This book brings forth notions that suggest that Sumer and Egypt were NOT unique in their bringing forth of cultural elements that represent civilization, but that Europe had more going on that we typically think.
Fewer

The lost civilisations of the stone age: A journey back to our cultural origins by Richard Rudgley (Hardcover)

After the Ice: A Global Human History 20,000-5000 BC by Steven Mithen
Cro-Magnon : how the Ice Age gave birth to the first modern humans by Brian M. Fagan
Making silent stones speak : human evolution and the dawn of technology by Kathy Diane Schick
The man in the ice : the discovery of a 5,000-year-old body reveals the secrets of the stone age by Konrad Spindler, 1939-
Archaeology and language : the puzzle of Indo-European origins by Colin Renfrew
24 more
Before civilization: the radiocarbon revolution and prehistoric Europe by Colin Renfrew
The mummies of Urumchi by E. J. W. Barber
In search of the Neanderthals : solving the puzzle of human origins by Chris Stringer
The mind in the cave : consciousness and the origins of art by J. David Lewis-Williams
Man the tool-maker by Kenneth Page Oakley, 1911-
The path of the Pole by Charles H. Hapgood
Noah's flood : the new scientific discoveries about the event that changed history by William B. F. Ryan
Voices of the rocks : a scientist looks at catastrophes and ancient civilizations by Robert M. Schoch
The Neandertal enigma : solving the mystery of modern human origins by James Shreeve
Secrets of the Stone Age : a prehistoric journey with Richard Rudgley. by Richard. Rudgley
The bog people : Iron-Age man preserved by P. V. Glob
The atlas of early man by Jacquetta Hopkins Hawkes, 1910-
Maps of the ancient sea kings; evidence of advanced civilization in the ice age. by Charles H. Hapgood
In search of the Indo-Europeans : language, archaeology, and myth by J. P. Mallory
People of the earth : an introduction to world prehistory by Brian M. Fagan
Stone Age soundtracks : the acoustic archaeology of ancient sites by Paul Devereux
A forest of kings : the untold story of the ancient Maya by Linda Schele
Echoes of the ancient skies : the astronomy of lost civilizations by E. C. Krupp
World prehistory : a brief introduction by Brian M. Fagan
The Egypt Code by Robert Bauval
The Atlantis Blueprint: Unlocking the Ancient Mysteries of a Long-Lost Civilization by Colin Wilson
Archaeology : theories, methods, and practice by Colin Renfrew
The life and death of a Druid prince : the story of Lindow Man, an archaeological sensation by Ph. D. Anne Ross
Ancient encounters : Kennewick Man and the first Americans by James C. Chatters
Fewer