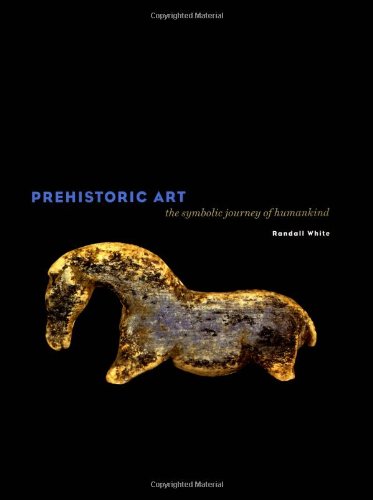 While some prehistoric sites - notably the painted caves at Lascaux in France and at Altamira in northern Spain - are familiar, many more such places are almost unknown. In fact, remains left by prehistoric men and women are far more numerous and have been found over a much greater territory - including Eurasia, Africa, Australia and the Americas - than most people are aware. These remains include paintings and engravings in caves and rock shelters, but also decorated tools, weapons, statuettes, personal ornaments and even musical instruments made of stone, ivory, antler, shell, bone and fired clay. starting with the first explosion of imagery that occurred approximately 40,000 years ago but also including the creations of essentially prehistoric peoples living as recently as the early 20th century. Drawing on up-to-date research, White places these discoveries in context and discusses possible uses and meanings for the objects and images.… (more)

The mind in the cave : consciousness and the origins of art by J. David Lewis-Williams
Cave art by Jean Clottes
The cave painters : probing the mysteries of the world's first artists by Gregory Curtis, 1944-
The creative ice age brain : cave art in the light of neuroscience by Barbara Olins Alpert
The shamans of prehistory : trance and magic in the painted caves by Jean Clottes
13 more
The roots of civilization; the cognitive beginnings of man's first art, symbol, and notation. by Alexander. Marshack
A Guide to Rock Art Sites: Southern California and Southern Nevada by David S. Whitley
African Rock Art by David Coulson
The great temple of the Aztecs : treasures of Tenochtitlan by Eduardo Matos Moctezuma
Primitive art. by Franz Boas, 1858-1942
Art of the Andes: From Chavín to Inca (World of Art) by Rebecca R. Stone
The art of Mesoamerica : from Olmec to Aztec by Mary Ellen Miller
On the track of prehistoric man. by Herbert Kuhn, 1895-
Making silent stones speak : human evolution and the dawn of technology by Kathy Diane Schick
Canyon Country: Prehistoric Rock Art by Fran Barnes
Cave paintings and the human spirit : the origin of creativity and belief by David S. Whitley
Secrets of the Ice Age : the world of the cave artists by Evan Hadingham
The colors of the new world : artists, materials, and the creation of the Florentine codex by Diana Magaloni Kerpel
Fewer