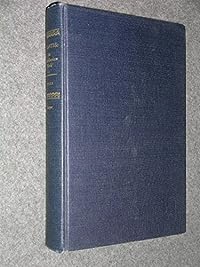 The great classic of Atlantis, this book more than any other established the existence of this lost continent for the modern world. Attracting hundreds of thousands of readers and stimulating vast debate, it influenced generations of people including countless scientists who went on to do serious work in their fields, and numerous science-fiction writers. It is a measure of the power of the Atlantis myth that, despite all the evidence to the contrary, the idea of a submerged Atlantic Ocean continent remains vigorous today, long after Donnelly's work first appeared.A lawyer and politician before he turned to writing, Ignatius Donnelly (1831‒1901) spent many years amassing evidence for his book on Atlantis. Displaying an immense knowledge of Platonic and Biblical material, comparative archeological discoveries, folk traditions of deluges, and geological data supporting catastrophic volcanic activity, Donnelly staggered his readers with ""facts"" and overwhelmed them with his many brilliant arguments. Despite the many more recent discoveries that have proved many of his ""facts"" to be false, his arguments still dazzle and his central myth continues to fascinate. The highly appealing idea of a lost continent with a high civilization, one that was the mother of all other civilizations, is one of the most enduring of all human myths and shows no signs of disappearing.A seminal work on Atlantis and a classic in the history of culture, this book is the starting point for anyone sincerely interested in the Atlantis myth. Still the most readable and imaginative of the books on Atlantis, it is a work that will long outlive most of the more recent accounts. As a study of the golden past, it is an enormously intriguing and enjoyable book.… (more)

LibraryThing member jpsnow
It's more convincing than I expected. The author's work was first published in 1882. He presents geological, cross-cultural, historical, linguistic, and biographical evidence. Primary points include: geological evidence of major land mass in the Atlantic Ocean which sank before our modern history
Show More
due to volcanic eruption and underwater turbulence (tops of the Azores are a remnant); land mass includes extentions toward Africa and South American and a point of island near Ireland; plethora examples exist of similarities between American and European history (direction of origin; flood legend; 12 (or 10) tribes/families legends; stories of gods; architecture (pyramids, mounds, arches, etc.); language (Atlantis, Atlazl, Adhem, Adam; Baal, Bel, Baalz, god names, and common terms); last section ties specific details to Atlantean legends from Mississippi Valley, Ohio valley, Mexico, Peru, Chile, Ireland, Iberian Peninsula, Egypt, Greece, Italy, et al. The beginning section quotes Plato's entire discourse on Atlantis, which scholars have debated as being either a moral example or an actual recounting of what other scholars told him. Atlantean society had 12 organized families/tribes; black, white, and red races; well-described laws (with legacies in Egypt, American, Judaism, Islam, etc); scientific discovery (gunpowder, major grains, compass, et al). The founders of Atlantis became "gods" in descendant cultures.
Show Less
1 more
LibraryThing member KarenCollyer
A book I read many years ago when researching Atlantis - the myths, the legends and the theories. This is an important book to read, now save on my 'to read' pile again.
Fewer

The lost continent of Mu by James Churchward, 1852-1936
Edgar Cayce on Atlantis. by Edgar Evans Cayce
The Atlantis Blueprint: Unlocking the Ancient Mysteries of a Long-Lost Civilization by Colin Wilson
The children of Mu, by James Churchward, 1852-1936
Maps of the ancient sea kings; evidence of advanced civilization in the ice age. by Charles H. Hapgood
10 more
Lost Atlantis; new light on an old legend by John Victor Luce, 1920-
Worlds in Collision by Immanuel Velikovsky
The sacred symbols of Mu by James Churchward, 1852-1936
Heaven's mirror : quest for the lost civilization by Graham Hancock
Hollow earth : the long and curious history of imagining strange lands, fantastical creatures, advanced civilizations, and marvelous machines below the earth's surface by David Standish
Secrets of the Great Pyramid by Tompkins, Peter(December 31, 1978) Hardcover
Forbidden archeology : the hidden history of the human race by Michael A. Cremo
We Are Not the First: Riddles of Ancient Science by Andrew Tomas
When time began by Zecharia Sitchin
The path of the Pole by Charles H. Hapgood
Fewer