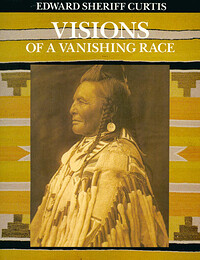 The classic visual record of Native American life, taken by one of America’s greatest photographers, is preserved in all its breathtaking detail in this magnificently produced and oversize volume. “Lovingly [recaptures] the work of a great student of the American Indian.”—The Los Angeles Times From 1904 to 1930, Edward Sheriff Curtis sought out the vanishing Indian tribes with unwavering passion and dedication. He made it his life’s work to record their faces and their lifestyles before they disappeared forever, crushed by the ever-continuing colonization of the West by the white man. Now, Curtis’s daughter Florence has selected more than 175 of his most awe-inspiring photos and combined them with a moving and detailed biography of Curtis’s life and work. Along with presenting some of the most famous Indian figures in history—such as Chief Joseph and Geronimo—these pages capture Apache chiefs, Hopi weavers, a Wichita dancer, a Skokomish basketmaker, a Cheyenne child, Blackfoot cookery, Nunivak boys in a kayak, and many more unforgettable images.… (more)