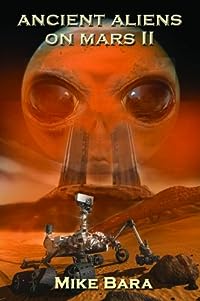 In Ancient Aliens on Mars II, New York Times bestselling author Mike Bara returns the reader to Mars to examine the enduring mysteries of the Red Planet. Building on the case made in Ancient Aliens on Mars and using data acquired from sophisticated new scientific instruments like the Mars Odyssey THEMIS infrared imager, Bara shows that the region of Cydonia overlays a vast underground city full of enormous structures and devices that may still be operating. He peels back the layers of mystery to show images of tunnel systems, temples and ruins, and exposes the sophisticated NASA conspiracy designed to hide them and discredit the researchers that discovered these exotic ruins. Bara also tackles the enigma of Mars' hollowed out moon Phobos, and exposes evidence from over 30 years of observations that it is artificial. Long-held myths about Mars, including claims that it is protected by a sophisticated UFO defense system, are examined and illuminated. Data from the Mars rovers Spirit, Opportunity and Curiosity is examined; everything from fossilized plants to mechanical debris is exposed in images taken directly from NASA's own archives. Finally, the author offers his take on the secret history of the Red Planet and what happened to the highly advanced civilization that once flourished there.… (more)