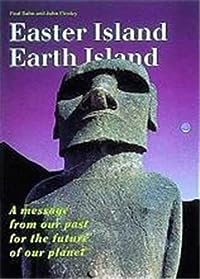 "Easter Island--known to its inhabitants as Rapa Nui--is unimaginably remote, a mysterious volcanic island battered by the Pacific Ocean. Yet somehow this isolated speck produced one of the world's most fascinating and least understood prehistoric cultures. Its awe-inspiring giant stone statues, set in a bare landscape of rolling hills, abandoned quarries and huge craters, have become icons of the ancient world. Who were the people who produced these extraordinary towering figures? Why did they travel to the island in the first place, what did they bring with them, and how did they survive?" "In the most up-to-date and comprehensive study of this enigmatic culture available, Paul Bahn and John Flenley explore the mysteries of Easter Island, overturning many of Thor Heyerdahl's well-publicized but ill-founded theories. They consider possible methods by which the islanders transported the massive effigies over long distances and erected them on platforms. They also look at the largely undeciphered Rongorongo "script" engraved on wooden boards, and the bizarre cult of the birdman, with its complex egg-hunting ritual. Why, the authors ask, did the islanders deliberately topple the figures after the first Europeans visited the island in the 8th century?" "Drawing on new archaeological evidence, intriguing folk memories and the records of Captain Cook and other early explorers, Easter Island, Earth Island reveals how the decline may stem from ecological catastrophe. Easter Island confronts us with the specter of a civilization destroyed by reckless plundering of the environment, its abandoned statues a timely warning for us as guardians of our own fragile natural world--Earth Island."--BOOK JACKET.Title Summary field provided by Blackwell North America, Inc. All Rights Reserved… (more)

The Olmecs : the oldest civilization in Mexico by Jacques Soustelle
The statues that walked : unraveling the mystery of Easter Island by Terry L. Hunt
Aku-Aku, the secret of Easter Island. by Thor Heyerdahl
The blood of kings : dynasty and ritual in Maya art by Linda Schele
Ancient ruins of the Southwest : an archaeological guide by David Grant Noble
10 more
A Field guide to rock art symbols of the greater Southwest by Alex Patterson
Riddles of the stone age : rock carvings of ancient Europe by Jean McMann
Island at the center of the world; new light on Easter Island. by Sebastian. Englert
Yucatan before and after the conquest by Diego de Landa
The Incas and their ancestors : the archaeology of Peru by Michael Edward Moseley
Kingdoms of gold, kingdoms of jade : the Americas before Columbus by Brian M. Fagan
Introduction to rock art research by David S. Whitley
Return to Babylon: Travelers, Archaeologists, and Monuments in Mesopotamia by Brian M. Fagan
Knossos : a complete guide to the palace of Minos by Anna Michailidou
In search of the Neanderthals : solving the puzzle of human origins by Chris Stringer
Fewer