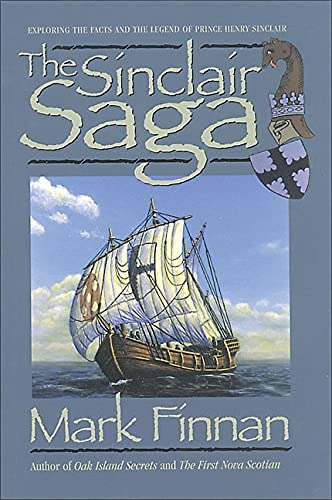 In this book Mark Finnan explores the facts and legends that surround Scotland's Prince Henry Sinclair and his possible voyage to Nova Scotia and New England in 1398.Sinclair was Admiral of the Seas during the latter half of the fourteenth century, a master mariner whose travels took him to England, Norway, France, Italy and the Middle East. His ships sailed westwards to Iceland and Greenland in the wake of his Viking forefathers. But a controversial map and document give strong reason to believe that he led an expedition to North America almost 100 years before Cabot and Columbus, and that he was connected to the Knights Templar and the legend of the Holy Grail.The Sinclair Saga takes readers on a voyage of discovery from North America to the Orkney Islands, encountering many people and places on both sides of the Atlantic associated with the Sinclair legend.… (more)