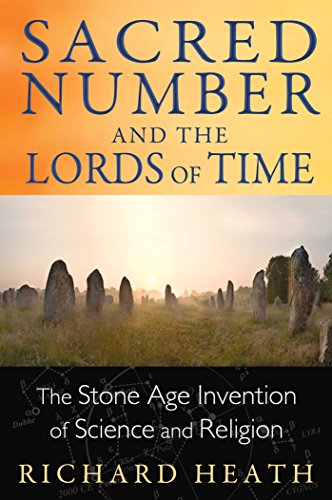 Sacred Number and the Lords of Time: The Stone Age Invention of Science and Religion

"An exploration of sacred geometry, space, and time encoded in stone structures during four successive ages of megalithic building. Examines the sacred knowledge carefully preserved in the Stone Age structures of Carnac, Stonehenge, Giza, and Teotihuacan. Shows how our Stone Age ancestors created a practical system of mathematics, sophisticated enough to discern cycles lasting up to thousands of years. Reveals how the Earth's shape and proportions mirror the time cycles of the heavens above. Our Stone Age ancestors discovered that the geometry of the Earth provided a sacred connection between human experience and the spiritual worlds. Exploring the numerical patterns of time and then the size and shape of the Earth, they created an exact science of measures and preserved their discoveries within sacred structures, spiritualized landscapes, and mythologies, which interpreted the religious ideas associated with their science. In this way, the ancient measures of space and time reached our present age and still embody the direct but forgotten truths of our sacred planet. By recovering the megalithic secrets of space and time, carefully preserved in megalithic stone structures, Richard Heath tells an untold story of four megalithic ages. He identifies a first age of astronomical discovery in the French sites around Carnac, where, using only counted lengths and simple geometries, the ancients created a sophisticated cosmic clockwork. A second age centered in Britain, and including Stonehenge, successfully measured the Earth and revealed a simple pattern held within the Earth's shape, using metrological ratios. A third age, centered in Egypt and Greece, saw a perfecting of the monumental arts, associated metrology, and religious ideas, revealing the Earth and the heavens as the work of a numerical genius. The fourth age saw pyramids and other metrological buildings spread to the New World, at Teotihuacan in Mexico, and also to the Far East. Examining Earth's harmonic relevance to the Universe as a whole, Heath shows how we can recognize the long-forgotten foundations of our own civilization and revive the sacred teaching preserved by the four great megalithic ages"--… (more)

Sacred Number and the Lords of Time: The Stone Age Invention of Science and Religion by Richard Heath (Ebook)