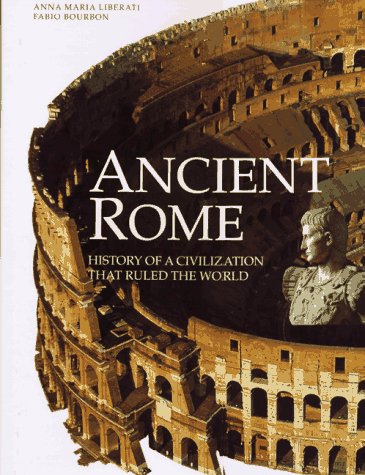 Ancient Rome: History of a Civilization that Ruled the World

Ancient Rome is a magnificent volume that traces the dramatic history of the Roman Empire, paying particular attention to its rise and fall and its lasting social, cultural, military, and political influence. From great feats and everyday customs, to works of art and household objects, this comprehensive account offers a fascinating insight into the highly complex and sophisticated society that once ruled the world. Authoritative text by Anna Maria Liberati and Fabio Bourbon analyzes the development of the Roman Empire by examining all aspects of the Eternal City including the economic, legal, and military system of the conquered regions; the organization of the most powerful army in the ancient world; the town-planning problems and successes; the construction systems used to erect the great Roman public monuments; and even the smallest curiosities of everyday life.… (more)

Ancient Greece: The Dawn of the Western World by Furio Durando