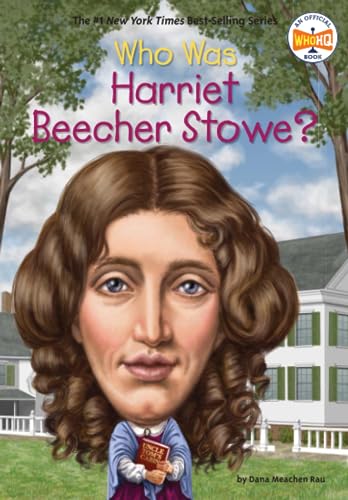 Who Was Harriet Beecher Stowe?

Born in Connecticut in 1811, Harriet Beecher Stowe was an abolitionist, author, and playwright. Slavery was a major industry in the American South, and Stowe worked with the Underground Railroad to help escaped slaves head north towards freedom. The publication of her book, Uncle Tom's Cabin, a scathing anti-slavery novel, fanned the flames that started the Civil War. The book's emotional portrayal of the impact of slavery captured the nation's attention. A best-seller in its time, Uncle Tom's Cabin sealed Harriet Beecher Stowe's reputations as one of the most influential anti-slavery voices in US history.

LibraryThing member NickiSlater
Did Harriet Beecher Stowe start the Civil War? Abraham Lincoln may have greeted her with a statement to that effect! In 1851, Harriet was horrified by slavery and set out to write a few episodes of a story detailing the cruelty of slavery. It ended up being 40 chapters and turned into the controversial novel UNCLE TOM'S CABIN. The book was not well received by the public because it shed such a spotlight on the horrors against humankind that slavery is. It was dangerous to even own the book in the South. This is an interesting illustrated biography from the extensive WHO IS...?/WHO WAS...? biography series with almost 100 names available.… (more)

Who Was Beatrix Potter? by Sarah Fabiny
Who Was J. R. R. Tolkien? by Pam Pollack
Who Was Edgar Allan Poe? by Jim Gigliotti
Who Were the Brothers Grimm? (Who Was?) by Avery Reed
Harriet Beecher Stowe and the Beecher Preachers by Jean Fritz
8 more
Who Was Jesse Owens? by James Buckley Jr.
Who Was Frederick Douglass? by April Jones Prince
Who Was Queen Victoria? by Jim Gigliotti
Who Was Marie Curie? by Megan Stine
Who Was Maya Angelou? by Ellen Labrecque
Laura Ingalls Wilder: A Photographic Story of a Life by Tanya Lee Stone
Who Was Clara Barton? by Stephanie Spinner
Who Was Eleanor Roosevelt? by Gare Thompson
Fewer