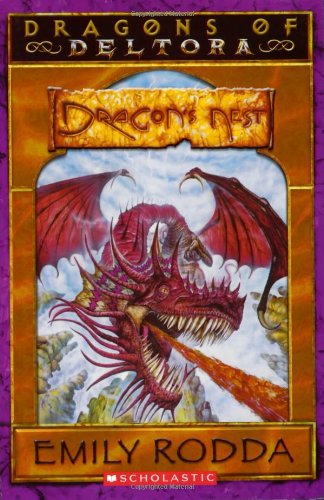 The evil Shadow Lord has been banished, but famine still stalks Deltora, and only monsters thrive. As the starving people weaken, Lief, Jasmine and Barda discover a terrible secret. The Enemy left the seeds of death behind him. Four vile creations of sorcery called the Four Sisters are hidden in the land. They are slowly killing it while the Shadow Lord gloats, awaiting his triumphant return. The companions must find the deadly Sisters and destroy them. Their only clue is a fragment of an ancient map. Their only hope of help lies with 7 unlikely allies - the last of Deltora's dragons.

LibraryThing member TheoClarke
Barren formulaic high fantasy novel that failed to engage or repel me.
1 more
LibraryThing member JesseS.B1
A good book if you are into things such as dragons or evil shadow lords but if one did not usually read books such as this one you wouldnt understand it very much.
Fewer