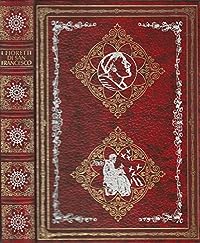 This collection of folk tales, legends, and narratives about the life of Francis of Assisi and his followers appeared about seventy-five years after the saint's death, in the early fourteenth century. The writings have remained popular ever since due to their beauty and charm, and because they are the nearest thing to a biography of Francis that exists. They are the source of many of the most famous stories about Francis--including the accounts of his preaching to the birds and of his receiving of the stigmata--and they are based on stories that circulated about him in the years after his death. Robert Hopcke and Paul Schwartz provide the first truly new translation of the Fioretti in forty years, and in doing so they bring the spiritual classic up to date, using contemporary language to show Francis to be a living, breathing human being who walked the streets of Assisi in a state of spiritual, physical, and social enlightenment, through his own existence making Christ real in the world. The translators have also edited the work to present the stories that most powerfully present Francis's spirit and teaching.… (more)

LibraryThing member Lukerik
I bought this because, standing there in the second-hand bookshop, I couldn’t work out what the nature of the text was. My curiosity would have been satisfied if I’d spotted the endnote. It turns out it’s a Medieval amalgamation of various texts, stitched together by a later editor. There’s
Show More
a fair bit about it on Wikipedia if you’re interested, all of which makes it sound like a bit of a mess. That couldn’t be further from the truth. Whoever edited it together was some sort of genius.

The text as we have it is a collection of short chapters, mostly two or three pages long. Each tells a story either about St. Francis or various early Franciscan monks. Each story exemplifies a thoughtworthy point. The stories are fantastical, full of miracles. There’s little here that you could use for a biography of Francis, but it is a window into what Franciscans at the time believed about him. The section on the stigmata is particularly interesting in this regard. Here St Francis is portrayed as a second Christ, a living God, and after death, a psychopomp with powers of judgement over the dead. How did they avoid being killed as heretics? I don’t know enough about the period to answer that.

It made me consider the reliability of any written historical information from any dead culture. We have a clear dividing line between what we consider possible or impossible, but we cannot simply exclude the miracles and accept the remainder as history because the writers too had a clear dividing line. Their possible clearly differs from ours and includes the miraculous, but that doesn’t mean the remainder is true just because it happens to coincide with our possible. Imagine a testimony from the past that happens not to cross the line into our concept of the impossible. We might take it as a reliable historical account, yet to someone from that culture it might contain the most egregious series of improbabilities. But after all, what is history but a story we tell ourselves about the past?

Anyhow, I read the first 50 or 60 pages straight through like normal book and then, quite organically, my approach changed and I took to reading a chapter here, a chapter there as I had a quiet moment. Because no matter how strange the writers’ view of the universe and their mode of expressing themselves, the points they raise are worthy of contemplation. I think it would be a stretch to describe a hoary old sinner like me as reading anything in a devotional manner, but I can completely see why people are still using this book in this way nearly 700 years later.
Show Less
3 more
LibraryThing member ctpress
I'm not really sure if I approach this classic the right way - with the necessary prayerful devotion. First of all, this is not a reliable biography of Assisi. These are collected legends - the stuff of folklore - when the miracles, dreams and visions just gets more and more fantastical when they
Show More
are told and retold and eventually one jots them down.

I read it with a smile on my face - a lot of them are quite humorous, inspiring in a childish kind of way - the devotion so extreme it becomes, well, oddly funny.

No doubt, Assisi was a very humble man, serving Christ and others with much devotion. When I read about this man who can tell the destiny of other monks, quiet the birds when he preach to them, calm the fierce wolf of Gubbio, have dreamlike visions of Christ, St. Paul etc. etc. well - I smile. It's just a lot of wonderful stories - we want them to be true…..and some of them no doubt are true, and some of it did happen. Some of it.
Show Less
LibraryThing member StephenBarkley
St. Francis walked the earth at the turn of the twelfth century. In the later half of the fourteenth century, this book of stories about his life was published.

The stories are (literally) the stuff of legends. This is where we hear that St. Francis preached to the birds (although I think his
Show More
evangelism and discipleship of a wolf was much more exciting). This is where we learn of the stigmata St. Francis was blessed with. Here we learn how St. Clare blessed a loaf of bread only to see the sign of the cross on every slice.

What I found most interesting about these stories was not that their creation or collection, but what they reveal about the mindset of the Christians of those centuries. While I found some elements inspiring, I was also saddened by misguided theology. I want to end with the positive, so let's start with the bad.

St. Francis and his followers were gripped with the idea of penance and mortification in a very physical way. Chapter 3 provides a good example. One day St. Francis lamented that his companion, Friar Bernard, didn't answer him when he called three times. God proceeded to tell St. Francis that Friar Bernard was busy in Divine communion, so he could not answer anyone on the creaturely plane. Overwhelmingly upset with himself for his frustration with Friar Bernard, St. Francis found his companion, threw himself down before him, and said,

"I command you in the name of holy obedience that, to punish my presumption and the arrogance of my heart, when now I shall cast myself down on my back on the earth, you shall set one foot on my throat and the other on my mouth and so pass over me three times, from one side to the other, crying shame and infamy upon me, and especially say to me: 'Lie there, you churl, son of Peter Bernardone, whence have you so much pride, you who are a most abject creature" (9)?

The Christians of this era seemed to take a perverse joy in being abused. This attitude is miles removed from Jesus' words to sinner caught in the act: "I don't condemn you ... Go home, and from now on don't sin any more" (John 8:11 NIV). Instead of hearing Jesus' words of forgiveness, they chose their own self-punishment.

The inspiring part of this collection of stories can be seen in the same story: they took their sin seriously. If there was a tendency in their culture to overemphasize the most minute attitude of the heart and take matters into their own hands, there is a tendency in ours to ignore all sin and continue living like nothing is wrong. St. Francis and his followers recognized the diverse ways that pride can infect a community and did everything they could to resist it.

While I firmly believe that every Christ-follower should be rightly called, "saint," it's clear why the Roman church set some Christians apart as shining examples.
Show Less
LibraryThing member Juva
A collection of stories about the life and ministry of St. Francis. These episodes cover miracles, visions, and unusual happenings, but also contain incidences of mistakes, failings, and tests. I don't know much about St. Francis, although I had a vague sense that he liked animals. This set of
Show More
stories was a great introduction to the man's impact and legacy in Catholicism. That being said, it's pretty dry reading, and without the added commentary there would have been a lot of stories that made little sense to me.
Show Less
Fewer

Besides the Bible: 100 Books That Have, Should, or Will Create Christian Culture