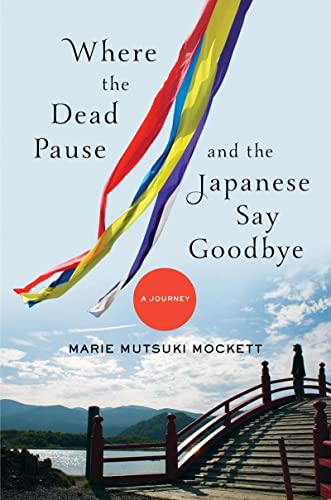 Where the Dead Pause, and the Japanese Say Goodbye: A Journey

"An intimate voyage into Japanese culture and spirituality, culminating in one of Japan's most sacred places. Marie Mutsuki Mockett's family owns a Buddhist temple 25 miles from the Fukushima Daiichi nuclear power plant. In March 2011, after the earthquake and tsunami, radiation levels prohibited the burial of her Japanese grandfather's bones. At the same time, Mockett grieved for her American father, who had died unexpectedly. As Japan mourned thousands of people lost in the disaster, she wondered: how does one cope with overwhelming grief? Seeking consolation, Mockett is guided by a colorful cast of Zen priests and ordinary Japanese who perform rituals that disturb, haunt, and finally uplift her. From the ecstasy of a cherry blossom festival in the radiation zone to the ghosts inhabiting chopsticks, Mockett writes of both the earthly and the sublime with extraordinary sensitivity. Her unpretentious and engaging voice makes her the kind of companion a reader wants to stay with wherever she goes, even into the heart of grief itself"--Provided by publisher.… (more)

One Hundred Names for Love: A Stroke, a Marriage, and the Language of Healing by Diane Ackerman
The Light of the World by Elizabeth Alexander
Wave by Sonali Deraniyagala
A Tale for the Time Being by Ruth Ozeki