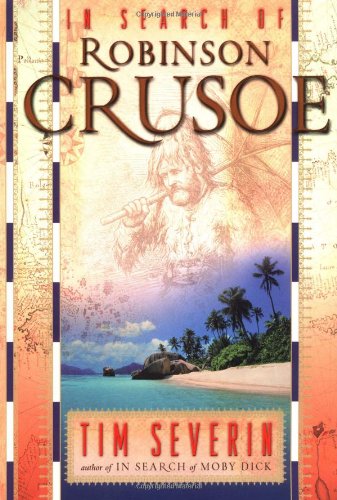 In Search Of Robinson Crusoe

"Severin adds the world's most famous castaway to the roster of legendary figures whose adventures he has explored. In his signature approach to literary sleuthing, Severin uncovers the seaman's world that captured Daniel Defoe's imagination and then tracks to their source the tales of the real life castaways whose adventures informed the tale of Robinson Crusoe." "The vivid stories of sailors washed ashore from shipwrecks, buccaneers on the run, white slaves escaping from pirates and mutineers fleeing tyrannical captains were the mix from which Defoe conjured The Life And Strange Surprizing Adventures of Robinson Crusoe. These real life seafarers survived the unimaginable with considerably less grace than the fictional hero they inspired, but they too were remarkably enterprising men who built their own escape vessels, waited years for friendly ships, and ate what they could find.""Tim Severin travels to the sites of these amazing survival stories, camping on islands and visiting jungles to put to the test the adventures of likely models for Crusoe and his companion Man Friday."--BOOK JACKET.… (more)

LibraryThing member SeriousGrace
Reading In Search of Robinson Crusoe reminded me a great deal of the show "Myth Busters." Everyone knows the story of (or at least heard of) Robinson Crusoe. Tim Severin sets out to explain the landscape of Daniel Defoe's imagination, beginning with the Isla Robinson Crusoe, 400 miles off the coast of Chile. Weaving together fact, fiction, myth, mystery, history and adventure Severin is able to produce a believable retracing of one of literatures best known castaways, Robinson Crusoe. What's more, Severin is able to retrace the ancestry of Man Friday as well.… (more)

Searching for Crusoe: A Journey Among the Last Real Islands by Thurston Clarke
Island of the Lost: Shipwrecked at the Edge of the World by Joan Druett