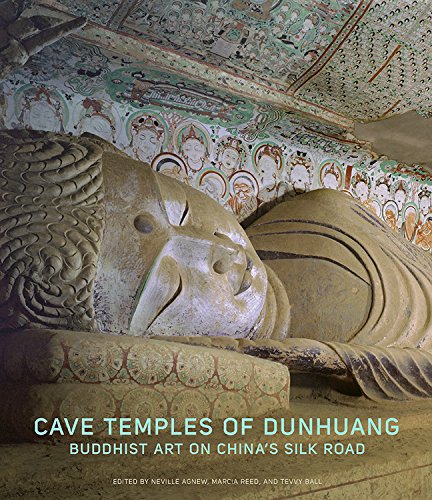 The Mogao grottoes in northwestern China, located near the town of Dunhuang on the fabled Silk Road, constitute one of the world's most significant sites of Buddhist art. Preserved in some five hundred caves carved into rock cliffs at the edge of the Gobi Desert are one thousand years of exquisite wall paintings and sculpture. Founded by Buddhist monks in the late fourth century, Mogao grew into an artistic and spiritual center whose renown extended from the Chinese capital to the far western kingdoms of the Silk Road. Among its treasures are 45,000 square meters of murals, more than 2,000 statues, and some 50,000 medieval silk paintings and illustrated manuscripts.   This sumptuous catalogue accompanies an exhibition of the same name, which will run from May 7 through September 4, 2016, at the Getty Center. Organized by the Getty Conservation Institute, Getty Research Institute, Dunhuang Academy, and Dunhuang Foundation, the exhibition celebrates a decadeslong collaboration between the GCI and the Dunhuang Academy to conserve this UNESCO World Heritage Site. It presents, for the first time in North America, a collection of objects from the so-called Library Cave, including illustrated sutras, prayer books, and other exquisite treasures, as well as three full-scale, handpainted replica caves. This volume includes essays by leading scholars, an illustrated portfolio on the replica caves, and comprehensive entries on all objects in the exhibition.  … (more)

Foreign Devils on the Silk Road: The Search for the Lost Treasures of Central Asia by Peter Hopkirk
Son of Heaven: Imperial Arts of China by Robert L. Thorp