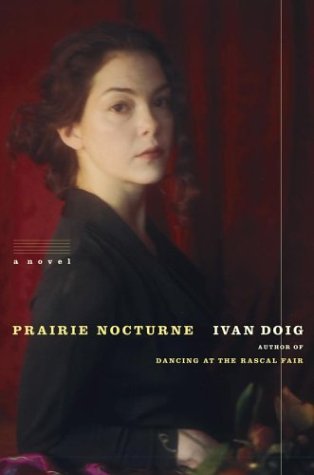 From one of the greatest novelists of the American West comes a surprising and riveting story set in Montana and New York during the Harlem Renaissance, drawing together an unlikely set of thwarted performers in one last inspired grasp at life's set of gold rings: love and renown. Susan Duff-the bossy, indomitable schoolgirl with a silver voice from the pages of Doig's most popular work, Dancing at the Rascal Fair-has reached middle age alone, teaching voice lessons to the progeny of Helena's high society. Wesley Williamson-business scion of a cattle-empire family-has fallen from the heights of gubernatorial aspirations, forced out of a public career by political foes who uncovered his love affair with Susan. Years later, Susan is taken off guard when Wes arrives at her door with an unusual request: to train his chauffeur, Monty, in the ways of voice and performance. Prairie Nocturne is the saga of these three people and their interlocked destinies. Monty is distantly known to Susan from their childhoods in the Two Medicine country, yet an enforced stranger because of the racial divide. When she realizes he possesses a singing voice of rare splendor, Susan joins Wes's Pygmalion-like project to launch Monty on a performing career-only to find the full force of the Ku Klux Klan in their way. As Monty and Susan overcome treacherous obstacles, Wes's mysterious motives unsettle everyone, including himself, and the trio's crossed fates form a deeply longitudinal novel that raises everlasting questions of allegiance, the grip of the past, and the costs of career and passion.… (more)

LibraryThing member bertonek
This book grew on me, but it took a while. I found Doig's writing distracting at first because it seemed like he was trying too hard. I did eventually come to like the mood of the story--quiet, a bit sad--but I didn't find the love that is revealed late in the game very convincing.