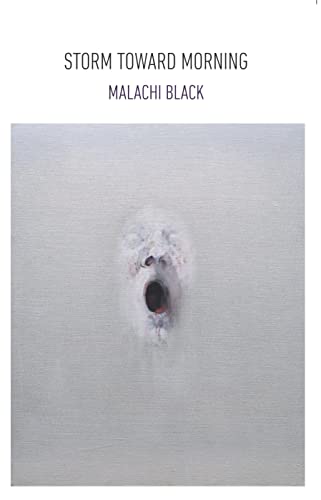 "To be both visionary and accurate, true to physics and metaphysics at the same time, is rare and puts the poet in some rarefied company. Black, like a few other younger poets, is willing to include all the traditional effects of the lyric poem in his work, but he has set them going in new and lively ways, with the confidence of virtuosity and a belief in the ancient pleasures of pattern and repetition."--Mark Jarman, American PoetLush and daring, Malachi Black's poems in Storm Toward Morning press all points along the spectrum of human positions, from sickness, isolation, and insomniac disarray to serenity, wonder, and spiritual yearning. Pulsing at the intersections of "eye and I," body and mind, physical and metaphysical, Black brings distinctive voice, vision, and music to matters of universal mortal concern. Query on TypographyWhat is the light inside the opening of every letter: white behind the angles is a language bright because a curvature of space inside a line is visible is script a sign of what it does or does not occupy scripture the covenant of eye and I with word or what the word defines which is source and which is shrine the light of body or the light behind?Malachi Black holds a BA in literature from New York University and an MFA in creative writing from the University of Texas at Austin's Michener Center for Writers. His poems have appeared in AGNI, Boston Review, Ploughshares, and Poetry. He currently teaches at the University of San Diego and lives in California."--… (more)

LibraryThing member poetontheone
Echoes of Rilke and Eliot resound in this well crafted debut collection. There is a deal of great sound here, and successful, mind blowing rhyme. I am not very keen on rhyme in free verse, but Malachi Black knows what he's doing. Some frank but lyrical meditations on mortality, death, and God in the vein of the aforementioned. This is the best individual collection of poems I have read in years and I can't wait for his next book.… (more)

The Quotations of Bone by Norman Dubie
Dead Man's Float by Jim Harrison
Alamo Theory by Josh Bell
Sex & Love & by Bob Hicok
Splitting an Order by Ted Kooser
10 more
A Small Story about the Sky by Alberto Ríos
The New Testament by Jericho Brown
Green Migraine by Michael Dickman
So Much Synth by Brenda Shaughnessy
Slant Six by Erin Belieu
The Poem She Didn't Write and Other Poems by Olena Kalytiak Davis
ShallCross by C. D. Wright
Time Will Clean the Carcass Bones: Selected and New Poems by Lucia Perillo
War of the Foxes by Richard Siken
Shirt in Heaven by Jean Valentine
Fewer