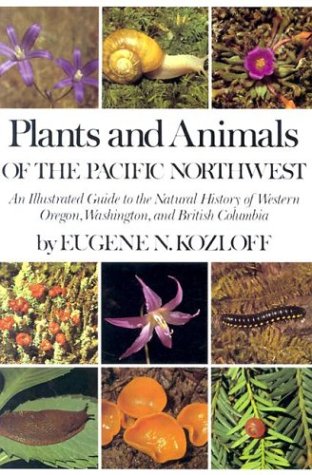 Plants and Animals of the Pacific Northwest: An Illustrated Guide to the Natural History of Western Oregon, Washington, and British Columbia

In the lowlands of the Pacific Northwest, from southern Oregon to British Columbia, the plant and animal life is rich and vast. Previously anyone interested in identifying and learning about the fauna and flora has had to consult a different book for each life form: a tree book for the Pacific yew, a wildflower guide for Indian pipe, and some other reference for garter snakes. In this guidebook, Eugene Kozloff has compile a general natural history of the region, including about 450 species of plants and animals. In order to be as thorough as possible and still preserve the portability of the book, the author has included those species that are fairly common, widely distributed, and can be easily identified by nonspecialists. This book is substantially complete for trees, shrubs, vines, major wildflowers, ferns and fern allies, and amphibians and reptiles. A few especially abundant or conspicuous mammals are discussed, and there are helpful suggestions for beginning the study of birds of the region. Also included is a wide selection of mosses, liverworts, and lichens, as well as the more common snails, slugs, millipedes, centipedes, and certain other invertebrates.… (more)