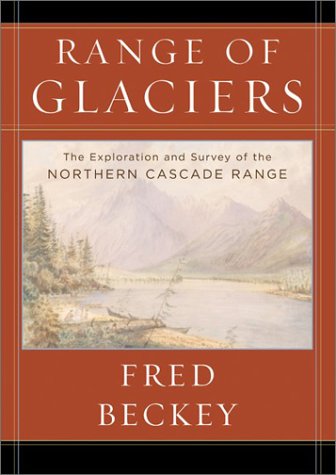 A Range of Glaciers: The Exploration and Survey of the Northern Cascade Range

Winner of a 2004 Washington State Book Award In this first comprehensive account of the 19th-century exploration and survey of the northern Cascades, Fred Beckey presents a wide range of materials from dozens of archives across the United States, Canada, and beyond: voyagers? logs, trappers? yarns, agency and government documents, official surveys, tall tales, climbers? journals, and sober histories. The voices, most of them from first-person narratives, range from wonder at the magnificence of the terrain, through frustration with the rigors of its harsh conditions, to the often humorous and sometimes tragic anecdotes of daily life in what was still mostly unexplored wilderness. The story is of multiple overlays of discovery and conquest: European and American explorers and sea captains, fur traders, railroad builders, surveyors of international boundaries, settlers, gold prospectors, mountaineers, timber barons, tourists, and finally the Forest Service and National Park administrations. Two of the narratives are recounted in detail: the story of the survey of the 49th parallel, with its clear contrast between the British and American approaches, and the account of early conquests of the major peaks, told with intimate relish by a fellow climber. This study will be particularly appealing to those interested in American wilderness areas and the way people approached those areas during a time of dynamic change in the Pacific Northwest. At the same time, it will be a sourcebook for future histories of the northern Cascades.… (more)