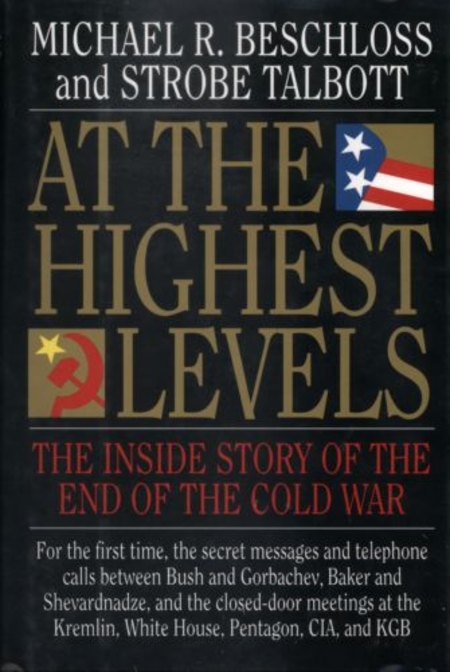 At the Highest Levels: The Inside Story of the End of the Cold War

The riveting behind-the-scenes account of the Cold War?s endgame and the secret negotiations that changed world history. When US President George Bush met with Soviet Premier Mikhail Gorbachev in December 1989, the Berlin Wall had fallen and the twin policies of perestroika and glasnost were bringing new freedoms to millions of people across the Eastern Bloc. But the peaceful end of the Cold War was far from assured. It would require the leaders of rival superpowers to develop a partnership strong enough to look beyond the deep-seeded animosities of the past and embrace an uncertain future. At the Highest Levels is the fascinating story of that unlikely partnership and the role Bush, Gorbachev, and their closest advisers, including Secretary of State James Baker and Minister of Foreign Affairs Eduard Shevardnadze, played in the liberation of Eastern Europe, the disbanding of the Warsaw Pact, the suspension of the Soviet Communist Party, and the dissolution of the USSR. Granted extraordinary access during the crucial period from 1989 through 1991, coauthors Michael Beschloss and Strobe Talbott reveal the private conversations and closed-door meetings at the Kremlin, White House, Pentagon, CIA, and KGB that negotiated an end to the nuclear arms race and decades of proxy wars. We also see the human cost of high-stakes international diplomacy as Bush and Gorbachev, while growing closely attuned to each other, fall out of touch with their domestic constituencies and lose their jobs to Bill Clinton and Boris Yeltsin. Hailed by the New York Times as (3zsintimate and utterly absorbing,(3y sAt the Highest Levels is a spellbinding, almost hour-by-hour account of one of the most momentous historical changes in modern history.… (more)

"One Hell of a Gamble": Khrushchev, Castro, and Kennedy, 1958-1964 by Aleksandr Fursenko
State of War: The Secret History of the CIA and the Bush Administration by James Risen
Lenin's Tomb: The Last Days of the Soviet Empire by David Remnick