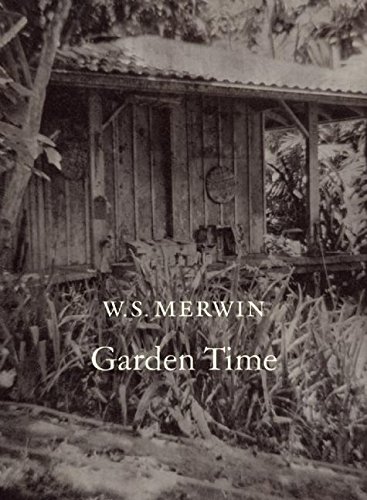 Merwin writes with calm observance of memory and mortality. (Brian)

LibraryThing member Bostonseanachie
This slim volume of Merwin's work contains certain gems. I was struck by "The Sound of It," a poem lamenting (or maybe just remarking) on the fact that the stopping of a dog's bark or a day's rain is not itself heard, but rather only the silence or what replaces it, or what was always there that the bark or rain caused us not to attend. Also by the ultimate poem, "The Present," in which two leaving the garden nevertheless simultaneously reach for a senseless gift neither can keep, but laugh when their hands strike each other while so reaching.

That said, the poems in the second half of the book devolved into a murkiness, in which Merwin largely lost the power of the specific and tangible image and instead noodles in a kind of haze thanking his lucky stars for his late-in-life love or remarking with wonder on his old age. Neither the love nor his old age are presented vividly, so the effect is largely maudlin.… (more)
2 more
LibraryThing member dasam
Give this collection a few pages before you discover the understated eloquence of age and loss and love in the face of it all. While this is not his finest collection, Merwin offers us his truth with language that is accessible to those who do not regularly read poetry. Yet many of the poems have depth of thought and feeling and a koan kind of craft that belies what seems prosaic at first reading. I highly recommend it whether you are in the last third of life or just beginning your too short journey. Poetry like Merwin's helps us all to pay close attention both to the questions and to the only answers in the now.… (more)
LibraryThing member Overgaard
I love him
Fewer

The Poet, The Lion, Talking Pictures, El Farolito, A Wedding in St. Roch, The Big Box Store, The Warp in the Mirror, Spring, Midnights, Fire & All by C. D. Wright
ShallCross by C. D. Wright
Green Migraine by Michael Dickman
Sex & Love & by Bob Hicok
What About This: Collected Poems of Frank Stanford by Frank Stanford
12 more
Tumbling Toward the End by David Budbill
One Man's Dark by Maurice Manning
Collected Poems by Mark Strand
Dead Man's Float by Jim Harrison
So Much Synth by Brenda Shaughnessy
How to Be Drawn (Penguin Poets) by Terrance Hayes
Finding Them Gone: Visiting China's Poets of the Past by Red Pine
Night Sky with Exit Wounds by Ocean Vuong
Time Will Clean the Carcass Bones: Selected and New Poems by Lucia Perillo
New and Selected Poems: 1962-2012 by Charles Simic
Imaginary Vessels by Paisley Rekdal
Incorrect Merciful Impulses by Camille Rankine
Fewer