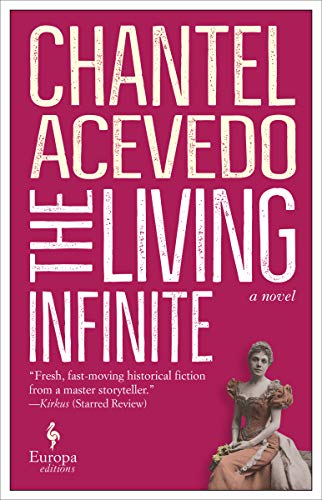 The Living Infinite: A Novel

The Living Infinite is based on the true story of the Spanish princess Eulalia, an outspoken firebrand at the Bourbon court during the troubled and decadent final years of her family's reign. After her cloistered childhood at the Spanish court, her youth spent in exile, and a loveless marriage, Eulalia gladly departs Europe for the New World. In the company of Thomas Aragon, the son of her one-time wet nurse and a small-town bookseller with a thirst for adventure, she travels by ship first to a Cuba bubbling with revolutionary fervor then on to the 1893 Chicago World Fair. She is there as an emissary of the Bourbon dynasty and a guest of the Fair, but secretly she is in America to find a publisher for her scandalous, incendiary autobiography, a book that might well turn the old world order on its head.… (more)

LibraryThing member maryreinert
This is a fictionalized story of the Infante Eulalia of Spain, the woman who served as her wet nurse, and the son of the wet nurse. Amalia took the position of wet nurse hoping to get money for her family. By doing so she was thrust into life at the palace of the King and distant queen who bore Eulalia, the youngest of her children. Tomas, Amalia's son (milk brother to Eulalia) are infants together. Later as grown ups, Eulalia and Tomas cross paths and he eventually becomes her secretary.

Eulalia travels to Cuba during the Cuban war for Independence from Spain and in spite of the Cubans hating the Spanish, she manages to charm the crowds. Then she goes to New York, and eventually to the World's Fair where she is quite a celebrity. Before leaving Spain, Eulalia wrote of her experiences as a Infante bringing to life the world of arranged marriages (she is in a marriage without love), the suffocating world of royalty, and basic rights for women. No one in Spain will publish the book and Tomas brings it to the United States.

Based on the real Eulalia, a woman who did write of her life, the book is interesting and takes a look at one of the first feminists.… (more)

Fruit of the Drunken Tree: A Novel by Ingrid Rojas Contreras
The Shadow of the Wind by Carlos Ruiz Zafón
Love and Ruin: A Novel by Paula McLain
Freshwater by Akwaeke Emezi
George and Lizzie: A Novel by Nancy Pearl