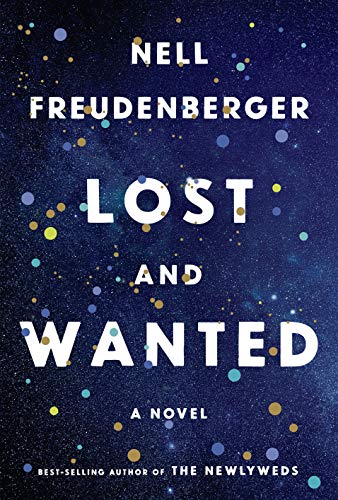 Lost and wanted : a novel

"Helen Clapp's breakthrough work on five-dimensional spacetime landed her a tenured professorship at MIT; her popular books explain physics in plain terms. Helen disdains notions of the supernatural in favor of rational thought and proven ideas. So it's perhaps especially vexing for her when, on an otherwise unremarkable Wednesday in June, she gets a phone call from a friend who has just died. That friend was Charlotte Boyce, Helen's roommate at Harvard. The two women had once confided in each other about everything--in college, the unwanted advances Charlie received from a star literature professor; after graduation, Helen's struggles as a young woman in science, Charlie's as a black screenwriter in Hollywood, their shared challenges as parents. But as the years passed, Charlie became more elusive, and her calls came less and less often. And now she's permanently, tragically gone. As Helen is drawn back into Charlie's orbit, and also into the web of feelings she once had for Neel Jonnal--a former college classmate now an acclaimed physicist on the verge of a Nobel Prize-winning discovery--she is forced to question the laws of the universe that had always steadied her mind and heart.… (more)

LibraryThing member ablachly
This is a quiet and marvelous book about grief, friendship, and motherhood, as seen through the lens of a physicist. As someone who lives in Cambridge, I was also impressed at how real the sense of place felt.
4 more
LibraryThing member susan.h.schofield
This was a beautifully written book about grief and friendship. It is the story of a physicist, Helen, whose best friend from college, Charlie, dies after battling lupus for years. Her death comes as a surprise to Helen since they haven't kept in regular contact. It is a great story of a relationships between parents and children, friends and family. There is some science but I didn't find it overwhelming or too confusing. I liked how the author explored the Helen's feelings about Charlie's death and combined that with stories of their friendship as students. Thanks to FirstToRead for the ARC.… (more)
LibraryThing member Dianekeenoy
Helen gets a phone call from her friend, Charlie. The problem is that Charlie is dead. That is what appealed to me and why I requested this book from my library. Glad I did, it was very good and I read it straight through!
LibraryThing member rosalita
How are we supposed to feel when we learn of the death of a friend who had slowly drifted out of our day-to-day life? As Nell Freudenberger shows in her latest novel, it's complicated.

Helen Clapp and Charlotte "Charlie" Boyce were as close as it is possible for two people to be when they were students at Harvard despite being as different as chalk and cheese. Helen is a studious science nerd from a white working-class family, while Charlie is supermodel-level gorgeous, the only child in an affluent African-American family. After college, they drifted apart: Helen stayed in academia, eventually landing at MIT as a professor of physics; Charlie moved to L.A. to work as a television producer, where she married a surfer dude and had a daughter, Simmi. Helen remained single but had a son, Jack.

Helen and Charlie haven't spoken for some time when Helen unexpectedly gets a cryptic text message from Charlie. Before she has a chance to follow up on this unexpected communication, Charlie's husband calls to tell her that Charlie has died — before the text message was sent. What's going on here?

That question seems as though it will be the heart of a modern-day ghost story, but in the end the answer is less important than what Helen learns about herself, about friendship, and about grief. As she struggles to process her emotions and remembers the high and low points of her and Charlie's friendship, Helen expresses herself using the language she is most comfortable with: physics. I really struggled with these bits, as I have the most rudimentary of science backgrounds. I still felt able to enjoy the story but I'm sure someone who could relate to the scientific concepts would feel a much deeper connection to the story.

Once I gave myself permission to stop trying to make the scientific connections, I found myself absorbed in Helen's journey of re-discovery. The ways in which she interacts with the people around her who also knew Charlie felt completely organic, and her need to re-interpret her memories of Charlie through the lens of new information learned after her death was compelling. As Helen muses at Charlie's memorial service, "... love was particular even though it was directed at the same person, that we hadn't lost just one Charlie but as many as the number of people who were seated here today."… (more)
LibraryThing member Beth.Clarke
3.5 Lost and Wanted has a lot of great themes - love, grief, women in science, friendship, single parenthood, and afterlife. Many times, it works, but other times the science was too much. The strongest part of the novel was the friendship between the two female characters. Their friendship, like many we all have, go through phases and the author details it well. Other parts of the book I just wanted to skim through to get back to the interesting parts. It's just okay.… (more)
Fewer

The Great Believers by Rebecca Makkai
Asymmetry: A Novel by Lisa Halliday
Disappearing Earth : a novel by Julia Phillips
Such a Fun Age by Kiley Reid
An American Marriage: A Novel by Tayari Jones
9 more
Late in the day a novel by Tessa Hadley
Normal People: A Novel by Sally Rooney
There There: A novel by Tommy Orange
Apeirogon: A Novel by Colum McCann
The Immortalists by Chloe Benjamin
Red at the Bone: A Novel by Jacqueline Woodson
The Grammarians: A Novel by Cathleen Schine
Warlight: A novel by Michael Ondaatje
The Incendiaries: A Novel by R. O. Kwon
Fewer