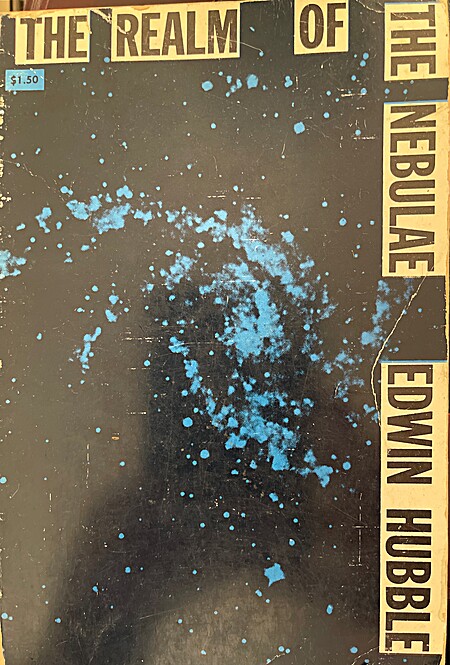 The Realm of the Nebulae

In less than a century, the accepted picture of the universe transformed from a stagnant place, composed entirely of our own Milky Way galaxy, to a realm inhabited by billions of individual galaxies, hurtling away from one another. We must thank, in part, Edwin P. Hubble, one of the greatest observational astronomers of the 20th century. In 1936, Hubble described his principal observations and conclusions in The Realm of the Nebulae, which quickly became a classic work. Two new introductory pieces, by Robert P. Kirshner and Sean M. Carroll, explain advances since Hubble's time and his work's foundational importance. "Meaningful, historically accurate, and thoroughly delightful reading."--Gail O. Clark, Astronomy

The Milky Way (Fifth Edition) (The Harvard Books on Astronomy) by Bart J. Bok
The History of the Telescope by Henry C. King
The Discovery of Neptune by Morton Grosser
Deep-Sky Companions: The Messier Objects by Stephen James O'Meara
The Universe: Images from the Hubble Telescope by Leo Marriott
8 more
The Monthly Sky Guide by Ian Ridpath
Observing Handbook and Catalogue of Deep-Sky Objects by Christian B. Luginbuhl
100 Billion Suns by Rudolf Kippenhahn
The Messier Album by John H. Mallas
Nearby Galaxies Atlas by R. Brent Tully
Stars and Nebulas by William J. Kaufmann
Russell W. Porter: Arctic Explorer, Artist, Telescope Maker by Berton C Willard
The Discovery of Our Galaxy by Charles Allen Whitney
Fewer