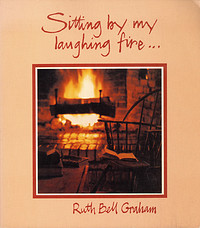 Sitting By My Laughing Fire

Ruth Bell Graham grew up in China, the daughter of Presbyterian missionaries. She traveled extensively with her husband, Billy Graham, on his many Crusades around the world. While their five children were growing up, she took on the responsibilities of managing the household to give Billy the freedom to travel and preach wherever God called him. These poems, first published as a collection in 1977, are from all phases and periods of her life. "I wrote because, at times, I had to. It was write, or develop an ulcer-or forget," she said. "I chose to write. At times I even wrote for the sheer fun." Numerous family photos taken over the years-including some never before published-add a rich context to this edition, creating a treasured memory book of the life of this remarkable woman. Book jacket.… (more)