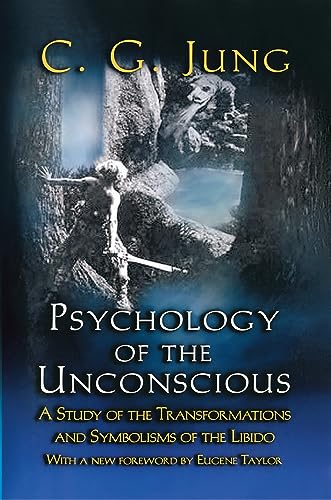 Psychology of the unconscious : a study of the transformations and symbolisms of the libido : a contribution to the history of the evolution of thought

AN INTRODUCTION TO PSYCHOANALYSIS AND ANALYTIC PSYCHOLOGY

WHEN Professor Freud of Vienna made his early discoveries in the realm of the neuroses, and announced that the basis and origin of the various symptoms grouped under the terms hysteria and neuroses lay in unfulfilled desires and wishes, unexpressed and unknown to the patient for the most part, and concerned chiefly with the sexual instinct, it was not realized what far-reaching influence this unpopular and bitterly attacked theory would exert on the understanding of human life in general.

For this theory has so widened in its scope that its application has now extended beyond a particular group of pathologic states. It has in fact led to a new evaluation of the whole conduct of human life; a new comprehension has developed which explains those things which formerly were unexplained, and there is offered an understanding not only of the symptoms of a neurosis and the phenomena of conduct but the product of the mind as expressed in myths and religions.

This amazing growth has proceeded steadily in an ever-widening fashion despite opposition as violent as any of which we have knowledge in the past. The criticism originally directed towards the little understood and

much disliked sexual conception now includes the further teachings of a psychology which by the application to it of such damning phrases as mystical, metaphysical and sacrilegious, is condemned as unscientific.

To add to the general confusion and misundertanding surrounding this new school of thought there has arisen a division amongst the leaders themselves, so that there now exist two schools led respectively by Professor Sigmund Freud of Vienna and Dr. Carl Jung of Zurich, referred to in the literature as the Vienna School and the Zurich School.

It is very easy to understand that criticism and opposition should develop against a psychology so difficult of comprehension, and so disturbing to the ideas which have been held by humanity for ages; a psychology which furthermore requires a special technique as well as an observer trained to recognize and appreciate in psychologic phenomena a verification of the statement that there is no such thing as chance, and that every act and every expression has its own meaning, determined by the inner feelings and wishes of the individual.

It is not a simple matter to come out boldly and state that every individual is to a large extent the determiner of his own destiny, for only by poets and philosophers has this idea been put forth—not by science; and it is a brave act to make this statement with full consciousness of all its meaning, and to stand ready to prove it by scientific reasoning and procedure.

Developed entirely through empirical investigation and through an analysis of individual cases, Freudian psy-

chology seems particularly to belong to that conception of Max Miiller's that u An empirical acquaintance with facts rises to a scientific knowledge of facts as soon as the mind discovers beneath the multiplicity of single productions the unity of an organic system." *

Psychoanalysis is the name given to the method developed for reaching down into the hidden depths of the individual to bring to light the underlying motives and determinants of his symptoms and attitudes, and to reveal the unconscious tendencies which lie behind actions and reactions and which influence development and determine the relations of life itself. The result of digging down into the hidden psyche has been to produce a mass of material from below the threshold of consciousness, so astonishing and disturbing and out of relation with the previously held values, as to arouse in any one unfamiliar with the process the strongest antagonism and criticism.

Although originally studied only as a therapeutic method for the sick it was soon realized through an analysis of normal people how slight were the differences in the content of the unconscious of the sick ...

The psychology of C.G. Jung : an introduction with illustrations by Jolande Jacobi
Animus and anima by Emma Jung
The Collected Works of C.J. Jung, Volume 7: Two essays on analytical psychology by C. G. Jung
A Primer of Jungian Psychology by Calvin S. Hall
Jung and the making of modern psychology : the dream of a science by Sonu Shamdasani
22 more
Ego and archetype; individuation and the religious function of the psyche by Edward F. Edinger
A critical dictionary of Jungian analysis by Andrew Samuels
The collected Works of C.G. Jung, Volume 9, Part I: The archetypes and the collective unconscious by C.G. Jung
Mysterium coniunctionis : an inquiry into the separation and synthesis of psychic opposites in alchemy by C. G. Jung
Psychology and alchemy by C. G. Jung
Jung : a biography by Deirdre Bair
The Collected Works of C.G. Jung, Volume 15: The spirit in man, art, and literature by Carl Gustav Jung
Projection and re-collection in Jungian psychology : reflections of the soul by Marie-Luise Von Franz
The new God-image : a study of Jung's key letters concerning the evolution of the western God-image by Edward F. Edinger
Psyche and symbol : a selection from the writings of C.G. Jung by C. G. Jung
Encounters with the soul : active imagination as developed by C. G. Jung by Barbara Hannah
The religious function of the psyche by Lionel Corbett
The symbolic quest : basic concepts of analytical psychology by Edward C. Whitmont
Analytical psychology : its theory and practice ; the Tavistock lectures by C. G. Jung
Essays on a science of mythology : the myth of the divine child and the mysteries of Eleusis by C. G. Jung
The essential Jung by C. G. Jung
The I and the not-I : a study in the development of consciousness by M. Esther Harding
What Jung really said by Edward Armstrong Bennett
Contributions to analytical psychology by C. G. Jung
The origins and history of consciousness by Erich Neumann
C.G. Jung, Psychological reflections : a new anthology of his writings, 1905-1961 by C. G. Jung
Jung and the post-Jungians by Andrew Samuels
Fewer