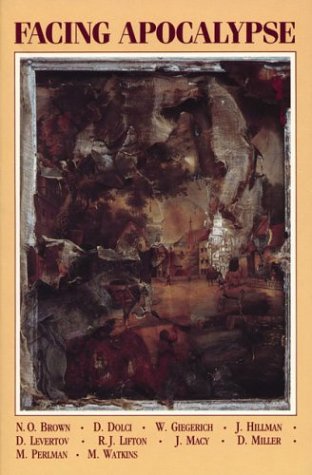 An extraordinary and prescient conference took place at Salva Regina College in Newport, Rhode Island, in June 1983. The theme was "Re-Imagining the End of the World." The audience brought together a radical mix of peace activists, clergy, poets, psychoanalysts, military historians, and officers from Newport‘s Naval War College.

Facing Apocalypse presents the brilliant papers of those two days and the force of ten speakers‘ knowledge and conviction, including Norman O. Brown‘s radical reflections on Islam, David Miller‘s and Wolfgang Giegerich‘s unveiling of the the theological fantasies of the end of the world, and James Hillman‘s invocations of the God Mars.

End of the world Miscellanea