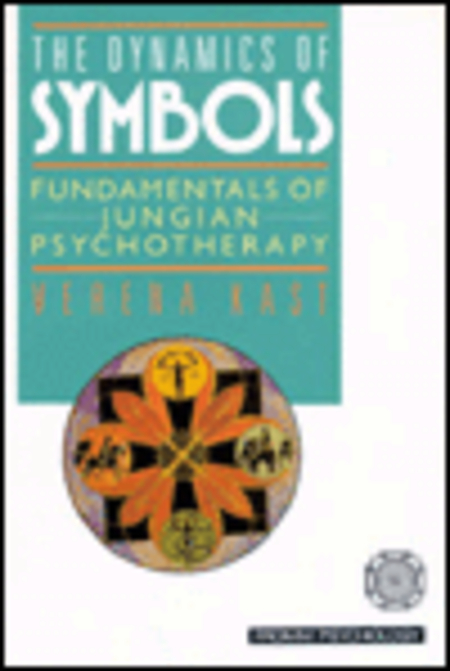 The dynamics of symbols : fundamentals of Jungian psychotherapy

According to Carl Jung, the goal of human life is self realization; we have to strive to become whole. Deep down, we are all creative beings, and we have to make use of our creativity to become what we really are. Kast explores Jung's concept of the human being and describes the path to wholeness which, since Jung, is known as the individuation process.
It becomes clear that wholeness is only possible through the interplay between conscious and unconscious. However, the two have different languages: consciousness uses word-logic, whereas the unconscious uses dream-logic. Both languages would be forever foreign to each other, were it not for symbols, which mediate between the two: our unconscious encodes its knowledge in symbols, which we then have to translate into the language of our consciousness. Thus symbols are focal points of psychic development, and it is through them that we can become whole human beings.
Jung taught us the techniques with which we can make the creative core of the unconscious available to consciousness. Kast explains them by using numerous examples from her daily work as a therapist. She shows us how psychological problems can be overcome by working on the symbols in which they express themselves.
In a language that can be readily grasped by the general reader, Kast goes on to explain the basic thought of Jungian psychotherapy, covering the correlation between symbols and complexes, with a special emphasis on the ego-complex; the healing function of the archetypes and how they appear in, and interact with, symbols; and symbols in transference and countertransference, powerful tools in psychotherapy. Kast also discusses the interplay of psychosomatic diseases and symbols.
The Dynamics of Symbols is not only of immediate interest to all psychologists and their patients. It is of direct concern to everyone who has the desire to become a whole human being.

Narcissism and character transformation : the psychology of narcissistic character disorders by Nathan Schwartz-Salant
Alcoholism and women : the background and the psychology by Jan Bauer
Man and his symbols by C. G. Jung
The spiral way : a woman's healing journey by Aldo Carotenuto
Touching : body therapy and depth psychology by Deldon Anne McNeely
34 more
Methods in analytical psychology : an introduction by Hans Dieckmann
Psyche and symbol : a selection from the writings of C.G. Jung by C. G. Jung
The psychology of C.G. Jung : an introduction with illustrations by Jolande Jacobi
Femininity lost and regained by Robert A. Johnson
Change of life : a psychological study of dreams and the menopause by Ann Mankowitz
Animus aeternus : exploring the inner masculine by Deldon Anne McNeely
Archetypes & strange attractors : the chaotic world of symbols by John R. Van Eenwyk
The illness that we are : a Jungian critique of Christianity by John P. Dourley
Puer papers by James Hillman
Practical Jung : nuts and bolts of Jungian psychotherapy by Harry A. Wilmer
The scapegoat complex : toward a mythology of shadow and guilt by Sylvia Brinton Perera
Archetypal dimensions of the psyche by Marie-Luise Von Franz
The Jungian experience : analysis and individuation by James A. Hall
Projection and re-collection in Jungian psychology : reflections of the soul by Marie-Luise Von Franz
The Mysterium lectures : a journey through C.G. Jung's Mysterium coniunctionis by Edward F. Edinger
Jung lexicon : a primer of terms & concepts by Daryl Sharp
The ravaged bridegroom : masculinity in women by Marion Woodman
Eros and pathos : shades of love and suffering by Aldo Carotenuto
The creative leap : psychological transformation through crisis by Verena Kast
The phallic quest : Priapus and masculine inflation by James Wyly
The collected Works of C.G. Jung, Volume 9, Part I: The archetypes and the collective unconscious by C.G. Jung
Personality types : Jung's model of typology by Daryl Sharp
THE TREE: A Jungian Journey by J. Marvin Spiegelman
C.G. Jung : the fundamentals of theory and practice by Elie G. Humbert
The undiscovered self by Carl Gustav Jung
Addiction to perfection : the still unravished bride : a psychological study by Marion Woodman
The Christian archetype : a Jungian commentary on the life of Christ by Edward F. Edinger
Sacred chaos : reflections of God's shadow and the dark self by Françoise O'Kane
The creation of consciousness : Jung's myth for modern man by Edward F. Edinger
Facing the gods by James Hillman
Complex/archetype/symbol in the psychology of C. G. Jung by Jolande Székács Jacobi
The psychological meaning of redemption motifs in fairytales by Marie-Luise Von Franz
The living psyche : a Jungian analysis in pictures by Edward F. Edinger
Living symbol : a case study of the process of individuation by Gerhard Adler
Fewer