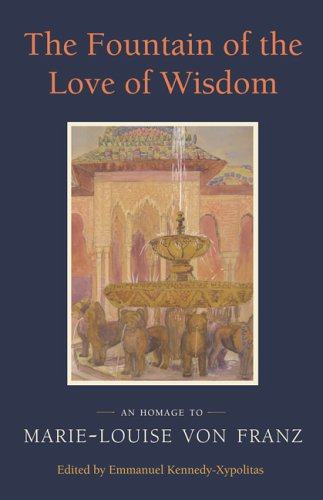 The fountain of the love of wisdom : an homage to Marie-Louise von Franz

Marie-Louise von Franz (1915-1998) is remembered as one of the most beloved and perhaps most important of Carl Jung's students. Her more than twenty books have inspired more than two generations of readers, many of whom found their way into Jungian psychology through her compassionate and profound insights.
She lived in Kusnacht, Switzerland, and was a scholar of Medieval Latin as well as a major figure in analytical psychology. She met Jung in 1933 and worked with him from 1934 until his death in 1961. A founder of the C.G. Jung Institute in Zurich, she published works on a wide range of subjects, including dreams, alchemy, personality typology, myths, and, most famously, fairy tales. Emmanuel Kennedy-Xypolitas has assembled a commemorative volume in memory of Dr. Marie-Louise von Franz.
Comprised of fifty-five essays, poems, and reminiscences, The Fountain of the Love of Wisdom: A Homage to Marie Louise Von Franz also gathers material documenting her life and work, including a biographical sketch and chronology, eulogies, birthday addresses, personal impressions, reactions from the Jungian community to the news of her death, reviews and lists of her published work in English, including books, articles, and films.
This is an important volume for the many readers of Jungian literature who have over the years come to appreciate the depth of insight and compassion of Dr. Marie-Louise von Franz. It is also an excellent introduction for those who are new to this important pioneer of the Jungian movement.