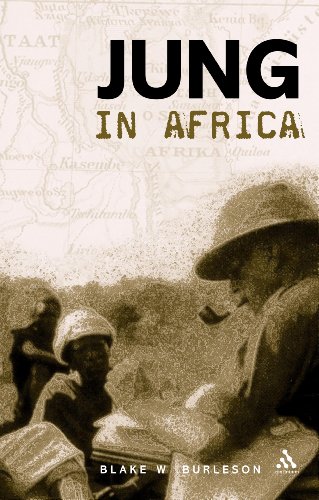 Jung in Africa is the first comprehensive historical account of C.G. Jung's 1925 'psychological expedition' to East Africa. Conducted when Jung was fifty years old, the safari was a watershed event which divided his life and thought perfectly into two halves. Africa gifted Jung with his 'myth', his raison d'etre, and many of his important psychological concepts were discovered or crystallised during the five-month journey. Indeed, there is an African imprint upon almost all of Jung's most basic theories.

In addition to contributing to our understanding of Jung and Jungian psychology, Burleson's illuminating study adds significantly to our knowledge of European involvement on the African continent during the colonial period. The Jung safari was an archetypal journey representative of 'modern man's' search for meaning in 'primitive' places. Africa, in particular, stood out as the quintessential Nether Lands where pueri aeterni of Europe and America were tempted to forsake modernity and 'go primitive'.

Jung in Africa is both timely and necessary given the nascent interest in Africa, its history, and its place in the 21st-century.