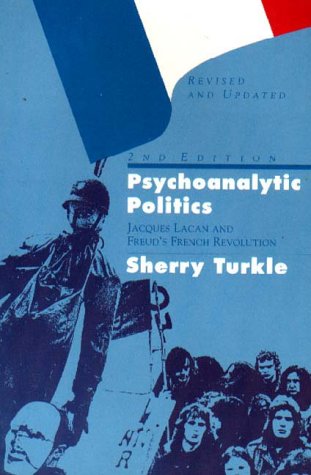 Freud prophesied in 1914 that the ``final decisive battle'' for psychoanalysis would take place ``where the greatest resistance [had] been displayed.'' Wary of America's too easy acceptance, he suspected a dilution and distortion of his most vital and therefore most unacceptable doctrines. Among Western countries, France may well be the one that resisted Freud the longest. Yet quite suddenly, in the late 1960s, France was seized by an ``infatuation with Freudianism.'' By the end of that decade, France had more than a psychoanalytic movement: it had a widespread and deeply rooted psychoanalytic culture.
At the heart of this development was Jacques Lacan's reconstruction of Freudian theory, a ``reinvention'' of psychoanalysis that resonated with French culture in the aftermath of the uprisings of 1968.
While, in America, psychoanalysis has become increasingly identified with an essentially conservative medical establishment, the French rediscovery of Freud, in a dramatic enactment of Freud's prophesy, became associated with the most radical elements of French philosophical and political life. The story of Lacan, and why his work so profoundly influenced the French psyche, is told clearly and unerringly by Sherry Turkle in this groundbreaking work.

LibraryThing member marialondon
This book is aimed at anyone interested in the history of the '60s and '70s in france, in how psychoanalysis (especially Lacanian psychoanalysis) became at that time 'the thing to do'. After May '68 and the turbulent events that shook Parisian society, many people turned to psychoanalysis as a way to understand the events, and further, as a way to understand the self- and most importantly, the political self. It has to be underlined that in the '50s psychoanalysis in France was resisted and almost non-existent as a cultural phenomenon. Which makes its widespread popularity in the '60s-'70s all the more pertinent and interesting.

The chapters that I most enjoyed in Turkle's book have to do with the cultural appeal of psychoanalysis and with the links with politics. To me, this is a very good question- why people, in specific times & places, have turned to psychoanalysis en masse in order to find answers to various kinds of questions- and why in other times / places they turn against it, again en masse. Turkle provides some answers which have to do with the French (especially Parisian) fascination with left-wing politics in the '60s. Lacanian theory, which is firmly anti-adaptational and in a way firmly anti-establishment, provided a good match for the political climate of the time. An interesting study and question would be how things came to change in the '90s- for example in the UK and the US many psychoanalysts nowadays believe that the only way for psychoanalysis to continue existing is through empirical 'proof' that it works. This is a misguided and ultimately doomed, as I see it, effort since clinical psychoanalytic work is so complex and multifaceted that 'testing' it experimentally is impossible- and actually, it's also against all epistemological assumptions that psychoanalysis makes. But it would be a fascinating question to study how and why this shift has occured, to what wider cultural tendencies it's connected.

Turkle provides a chapter about psychoanalysis in France in the '90s (this is included only in the 2nd edition), but unfortunately it centers only on the trials and tribulations of the Lacanian psychoanalytic institutes following Lacan's death in the early '80s. The shocking stories about J. A. Miller's accent to power and the fights and disagreements (and many group splits) that happened around that, are interesting enough. But I had two problems with these descriptions- first, they didn't provide a context at all. There was no mention of the wider cultural milieu in Paris at the time. As for the descriptions of the splits and fights, they often verged on the edge of being gossipy and almost a bit voyeristic for my taste. Yes, it is interesting and meaningful to read about how the Lacanians fought so much among themselves at the time when their maitre was dying. But it would also be interesting and I think, ultimately more satisfying, to connect these shifts with the changing political and cultural climate in the '80s and '90s.

Generally though this is quite a good historical documentation of events in the French psychoanalytic world. Elisabeth Rudinesco's book 'Lacan and co' (hard to be found at the moment) documents some of the same events and is highly recommended.
Comment… (more)