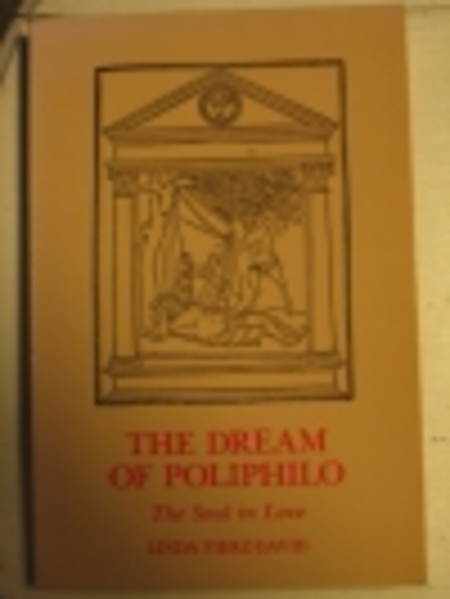 The dream of Poliphilo : the soul in love

This is an entertaining and fascinating Jungian interpretation of a mysterious Renaissance fantasy, the "Hyperotomachia Poliphilii", by Jungian analyst Linda Fierz-David.
The Hyperotomachia is the lengthy and rather bizarre dream-narrative of 'Polipholio's search for union with his beloved, the maiden Polia. Similar to the late medieval narrative "The Romance of the Rose" (but far longer) the Hypnerotomachia is understood to be a mystical allegory and has been interpreted and reinterpreted since its 16th century publication.

Psyche and death : death-demons in folklore, myths, and modern dreams by Edgar Herzog
On Dreams and Death by Marie-Louise Von Franz
Living symbol : a case study of the process of individuation by Gerhard Adler
Complex/archetype/symbol in the psychology of C. G. Jung by Jolande Székács Jacobi
Animus and anima by Emma Jung
31 more
Apollo : the wind, the spirit, and the God : four studies by Karl Kerényi
The problem of the puer aeternus by Marie-Luis Von Franz
Mysterium coniunctionis : an inquiry into the separation and synthesis of psychic opposites in alchemy by C. G. Jung
Alchemical active imagination by Marie-Luise Von Franz
Anatomy of the psyche : alchemical symbolism in psychotherapy by Edward F. Edinger
The inner world of man by Frances G Wickes
The grail legend by Emma Jung
Jung's typology by Marie-Luise Von Franz
The creation of consciousness : Jung's myth for modern man by Edward F. Edinger
The I and the not-I : a study in the development of consciousness by M. Esther Harding
Essays on contemporary events : the psychology of Nazism by C. G. Jung
Phallos : sacred image of the masculine by Eugene Monick
Meetings with Jung : conversations recorded during the years 1946-1961 by E. A. Bennet
Return of the goddess by Edward C. Whitmont
The psychological meaning of redemption motifs in fairytales by Marie-Luise Von Franz
Archetypal dimensions of the psyche by Marie-Luise Von Franz
Projection and re-collection in Jungian psychology : reflections of the soul by Marie-Luise Von Franz
The self in psychotic process : its symbolization in schizophrenia by John Weir Perry
The psychology of C.G. Jung : an introduction with illustrations by Jolande Jacobi
The old wise woman : a study of active imagination by Rix Weaver
Demons of the inner world : understanding our hidden complexes by Alfred Ribi
C.G. Jung : his myth in our time by Marie-Luise Von Franz
Athene : virgin and mother : a study of Pallas Athene by Karl Kerényi
The dream and the underworld by James Hillman
Myth of Analysis: Three Essays in Archetypal Psychology by James Hillman
The dream : the vision of the night by Max Zeller
The stuff that dreams are made on : a Jungian interpretation of literature by Clifton Snider
The ravaged bridegroom : masculinity in women by Marion Woodman
Loose ends : primary papers in archetypal psychology by James Hillman
Under Saturn's shadow : the wounding and healing of men by James Hollis
Psyche and symbol : a selection from the writings of C.G. Jung by C. G. Jung
Fewer