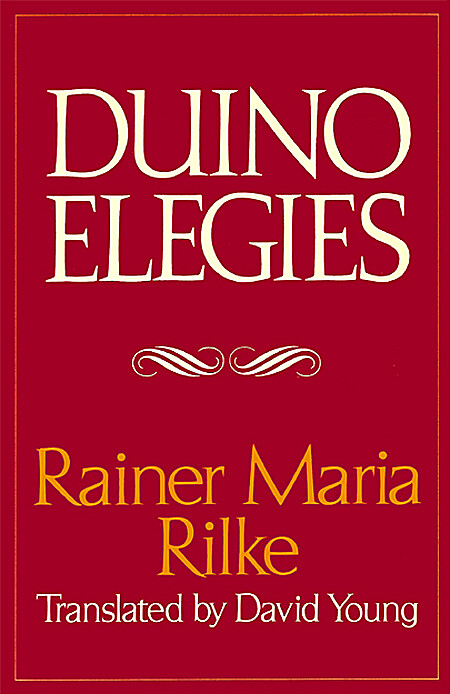 Who, if I cried out, would hear me among the angelic
orders? and even if one of them pressed me
suddenly to his heart: I'd be consumed
in that overwhelming existence. For beauty is nothing
but the beginning of terror, which we can just barely endure,
and we stand in awe of it as it coolly disdains
to destroy us. Every angel is terrifying.
-from "The First Elegy"

Over the last fifteen years, in his two volumes of New Poems as well as in The Book of Images and Uncollected Poems, Edward Snow has emerged as one of Rainer Maria Rilke's most able English-language interpreters. In his translations, Snow adheres faithfully to the intent of Rilke's German while constructing nuanced, colloquial poems in English.

Written in a period of spiritual crisis between 1912 and 1922, the poems that compose the Duino Elegies are the ones most frequently identified with the Rilkean sensibility. With their symbolic landscapes, prophetic proclamations, and unsettling intensity, these complex and haunting poems rank among the outstanding visionary works of the century.

So begins Rilke's cry to heaven, and he stays with this theme throughout the Elegies. Rilke understands more than most that the encroachment of the divine is a thing of beauty, but he also understand that beauty is indeed terrifying, if we are really paying attention. At least, the beauty of angels is terrifying.

Rilke is a poet for the head and the heart, and in about equal amounts. His writing is durable...not always a thing of beauty in and of itself, but if he cannot always portray it, he leads you to it, time and time again.… (more)
3 more
LibraryThing member HadriantheBlind
Incredibly beautiful and illuminating. I already have some passages memorized and hope to learn more.
LibraryThing member wanderlustlover
Not a penultimate favorite, but this kind of poetry definitely sucks you deep inside the marrow of the bones of its message. It's a very flowing format and the words wrap around you slowly like ribbons to take into every sensation of it.

I almost devoured the whole thing in one sitting.
LibraryThing member MeditationesMartini
My deutsch wird worse, no question, but the gnarled syntax didn't make things any easier for me here, and then when I powered through I found a bunch of death-and-the-ineffable-obsessed, mistful pomposity. The kind of shit that makes you want to blow a raspberry or make a jerkoff motion. I was ready to write the guy off, but then I got to the Tenth Elegy, which is, of course, magnificent, phantasmagoric, Eurydicean, everything I wanted the others to be. Not a fretting on neurosis, but a vision of the Underworld that is this world.