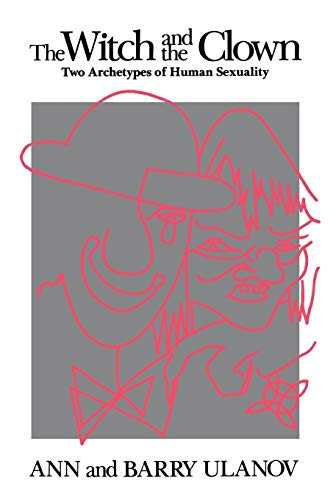 The witch and the clown : two archetypes of human sexuality

What makes the witch still so compelling to our imaginations? How does the clown reach through our tears to our laughter?

The Ulanovs explore these figures in a unique way-not as mere literary, anthropological, or historical themes, but in terms of what they mean to people in the actual living of their lives, in facing their problems and potentialities. Women especially need to face the witch in themselves to open to the power she embodies. Men facing the witch in themselves must deal with this fearsome power firsthand, no longer blaming women for it. Men need to face the vulnerable feelings behind the clowning masks, and open to the largeness and range of life they have hidden from in their elaborate clowning defenses. Women facing their own clowning can penetrate behind their masks to find more of their own hidden strength in feeling.

Ann Belford Ulanov is a Jungian analyst in private practice in New York City and on the faculty of the C. G. Jung Institute of Analytical Psychology. She is professor of Psychiatry and Religion at Union Theological Seminary.

Barry Ulanov is Mcintosh Professor of English and Chairman of the Program in the Arts at Barnard College. This book represents the Ulanovs' fourth collaborative work.

We, understanding the psychology of romantic love by Robert A. Johnson
The fisher king and the handless maiden : understanding the wounded feeling function in masculine and feminine psychology by Robert A. Johnson
The Collected Works of C.J. Jung, Volume 7: Two essays on analytical psychology by C. G. Jung
She : understanding feminine psychology : an interpretation based on the myth of Amor and Psyche and using Jungian psychological concepts by Robert A. Johnson
Hags and heroes : a feminist approach to Jungian psychotherapy with couples by Polly Young-Eisendrath
39 more
Narcissism and character transformation : the psychology of narcissistic character disorders by Nathan Schwartz-Salant
Phallos : sacred image of the masculine by Eugene Monick
The Collected Works of C.G. Jung, Volume 15: The spirit in man, art, and literature by Carl Gustav Jung
An introduction to Jung's psychology by Frieda Fordham
Understanding dreams by Mary Ann Mattoon
Ego and archetype; individuation and the religious function of the psyche by Edward F. Edinger
Lying with the heavenly woman : understanding and integrating the feminine archetypes in men's lives by Robert A. Johnson
The secret raven : conflict and transformation in the life of Franz Kafka by Daryl Sharp
The way of all women : a psychological interpretation by M. Esther Harding
Dancing in the flames : the dark goddess in the transformation of consciousness by Marion Woodman
He : understanding masculine psychology : Robert A. Johnson by Robert A. Johnson
Owning your own shadow : understanding the dark side of the psyche by Robert A. Johnson
Jungian analysis by Murray Stein
Return of the goddess by Edward C. Whitmont
Dark hearts : the unconscious forces that shape men's lives by Loren E. Pedersen
Alchemy in a modern woman: a study in the contrasexual archetype by Robert Grinnell
Animus aeternus : exploring the inner masculine by Deldon Anne McNeely
The invisible partners : how the male and female in each of us affects our relationships by John A. Sanford
Images of the untouched : virginity in psyche, myth, and community by Joanne Stroud
The analytic encounter : transference and human relationship by Mario Jacoby
The sacred prostitute : eternal aspect of the feminine by Nancy Qualls-Corbett
Addiction to perfection : the still unravished bride : a psychological study by Marion Woodman
The pregnant virgin : a process of psychological transformation by Marion Woodman
Leaving my father's house : a journey to conscious femininity by Marion Woodman
The scapegoat complex : toward a mythology of shadow and guilt by Sylvia Brinton Perera
Woman's mysteries, ancient and modern : a psychological interpretation of the feminine principle as portrayed in myth, story, and dreams by M. Esther Harding
Jungian analysts : their visions & vulnerabilities by J. Marvin Spiegelman
Circle of care : clinical issues in Jungian therapy by Warren Steinberg
Knowing woman: a feminine psychology by Irene Claremont de Castillejo
Change of life : a psychological study of dreams and the menopause by Ann Mankowitz
Individuation in fairy tales by Marie-Luise Von Franz
The Collected Works of C.G. Jung, Volumes 4,12,16: Dreams by C. G. Jung
Psychology and alchemy by C. G. Jung
Animus and anima by Emma Jung
Insearch : psychology and religion by James Hillman
The dream and the underworld by James Hillman
Coming to age : the croning years and late-life transformation by Jane R. Prétat
The nature of loving : patterns of human relationship by Verena Kast
Re-visioning psychology by James Hillman
Fewer