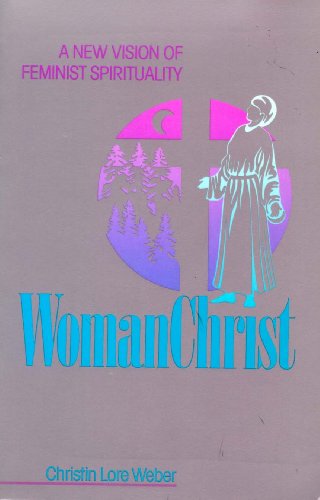 Weber, a former nun turned religious counselor, fills her book with case histories of women she counseled at Wisdom House in Minnesota, anecdotes from Christian mystics and Jungian theorists, and the poetic beauty of Sumerian goddess legends. "Descending into WomanBody" is how Weber describes a seven-step process of incarnational realization, arguing from a body-consciousness which "unfolds toward cosmic consciousness." Weber says "it is not that the Incarnation has limited us but that we have limited the Incarnation, adding that Mary "does not take her meaning from him [Christ]; rather, she is a source of meaning in her self, as woman."
Weber echoes and underlines the tradition of "bridal mysticism" which some 16th century Spanish mystics developed through contemplation of the biblical Wisdom figure, saying that "the feminine becomes the mysterious alchemical environment within which man's transformation occurs." She eloquently asserts that the sacramental endowment of the church, like the church itself, is precisely Mary's realm because it is feminine in nature.

The feminine dimension of the divine by Joan Chamberlain Engelsman