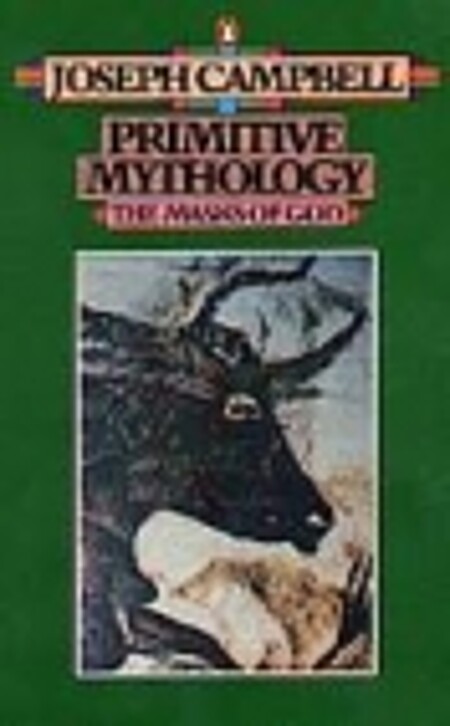 The Masks of God (Volume 1)

Explore the power of myth as humanity first discovered it
Collected Works edition — with up-to-date science
In this first volume of The Masks of God — Joseph Campbell’s major work of comparative mythology — the preeminent mythologist looks at the wellsprings of myth. From the earliest expressions of religious awe in pre-modern humans to the rites and art of contemporary primal tribes, myth has informed humankind's understanding of the world, seen and unseen. Exploring these archetypal mythic images and practices, Campbell examines the basic concepts that underlie all human myth, even to this day.

The Masks of God is a four-volume study of world religion and myth that stands as one of Joseph Campbell’s masterworks. On completing it, he wrote:

Its main result for me has been the confirmation of a thought I have long and faithfully entertained: of the unity of the race of man, not only in its biology, but also in its spiritual history, which has everywhere unfolded in the manner of a single symphony, with its themes announced, developed, amplified and turned about, distorted, reasserted, and today, in a grand fortissimo of all sections sounding together, irresistibly advancing to some kind of mighty climax, out of which the next great movement will emerge.

This new digital edition is part of the Collected Works of Joseph Campbell series. Joseph Campbell Foundation has worked with scientists and academics to bring the anthropological and paleontological information Campbell explores in line with the best twenty-first century scholarship.

"[T]he mask in a primitive festival is revered and experienced as a veritable apparition of the mythical being that it represents — even though everyone knows that a man made the mask and that a man is wearing it. The one wearing it, furthermore, is identified with the god during the time of the ritual of which the mask is a part. He does not merely represent the god; he is the god."— Joseph Campbell, Primitive Mythology

LibraryThing member LisaMaria_C
Campbell is best known because of the PBS series The Power of Myth with Moyers that aired in 1988 and for his book The Hero with a Thousand Faces that influenced George Lucas of Star Wars fame and influential with many a writer, especially in speculative fiction. Primitive Mythology is the first part of his four-book series The Mask of God. This first book was published in 1959 and tried to incorporate then current findings in psychology (primarily Freudian and Jungian theories), archeology and physical anthropology and ethnology to examine the common threads in "primitive" mythology among "savages"--that is, prehistoric and non-literate cultures covering from 600,000 BC to 7,500 BC until the first civilizations arose as well as hunter-gatherers in modern times. Campbell believes there's "one fund of mythological motifs" that might have a biological basis and can be seen in myths found around the world with "such themes as the fire-theft, deluge, land of the dead, virgin birth, and resurrected hero." In the book he seeks to make a "sketch of the natural history of the gods and heroes." In pre-literate cultures he often looks to ritual. "Ritual is mythology made alive."

He sees a different morphology in the hunter/gather cultures with their shamanistic rituals and what he sees as a more female-oriented early planter societies, then another major shift when we move to the city-state, sacred king and regicidal sacrifices that support the new world order by linking the hierarchy on earth to the heavenly order of planets and the stars. It made me think of that phrase in the Lord's Prayer--"your will be done, on earth as it is in heaven." The book doesn't feel dated despite the passage of over four decades, although I would have dearly loved an annotated edition that could tell me how more recent developments might have changed the picture. The narrative is dense and scholarly, often text-book dry, sometimes rambling and hard to follow, but I found his ideas thought-provoking and they made me see literature and myth in new ways. Indeed, the book made me want to read up on what we know of pre-historic humans and certainly made me wish to go on to the next volumes on Occidental and Oriental mythology.… (more)
7 more
LibraryThing member kencf0618
Joseph Campbell pulls it all together. The Costco of world mythologies.
LibraryThing member hailelib
This book took some getting into and I had to remind myself more than once that Campbell was writing this tome fifty years ago. However about a third of the way through I became really interested in what he was saying and less aware of his writing style. The ideas he gives us about the origins and spread of mythology are rooted in what was in the fifties the most recent developments of psychology, archaeology and anthropology. It would be interesting to read a comparable study of mythology written today by a scholar equal to Campbell in this field. I'm considering reading the next volume of the series.… (more)
LibraryThing member Meren
A detailed delve as deep into the cultural mythical well. Campbell has introduced me to the story current that seems to run beneath all cultures and helps me better to understand the expressions of myth I see in everyday life.
LibraryThing member AuntieClio
I was expecting something different. Something more comparative, less archeological and abstruse. This was a dense and difficult read and, frankly, I'm not sure I'm any the better for the struggle.

For now, it stays in the library but I may change my mind about that. I kept reminding myself that it had been written 55 years ago and then wondering if what Campbell was discussing still held true. One LT reviewer said they'd have liked an annotated version of Primitive Mythology, that sounds like a splendid idea. Plus, maps. Maps would have helped a lot.… (more)
LibraryThing member ghneumann
I'm actually glad I have a little distance from this book when reviewing it. If I was reviewing it immediately after reading it, I would likely give it an even lower rating than I have here. But having read the succeeding three books in the series, I can understand why this book is written the way it is: it serves as a foundation.

All of the books in the Masks of God series are dense. They read like textbooks, rather than the kind of non-fiction novels in the In Cold Blood style that it seems like more "modern" nonfiction is written in. There is a ton of information here, and Campbell is presenting his research rather than telling us a story. This first volume focuses on what we know about the religious/mythological beliefs of (mostly) prehistorical cultures. Since many of them didn't leave written text behind, it's a lot of interpretation of artifacts and paintings, etc.

Which makes this volume a little problematic. While it does lay a lot of ground for the future volumes in terms of tracking social change from cultures that worship a female diety with primarily female priestesess, focused on honoring the Mother Earth and the cycle of life (often taken very literally with human sacrifice) to societies that worship a male diety with male priests, it also was written over 50 years ago based on the state of archaeology at the time. There has been a lot of progress made, not in the least not referring to tribal societies (whose belief systems form a part of this book) as "primitive", but also in archaeology itself. Also, like Joseph Campbell's most well-known work, The Hero With A Thousand Faces, there's a heavy influence from what was de rigeur psychology at the time: Freudianism and psychoanalysis. While I personally believe that the pendulum has swung a little too far away from these kinds of theories (which is a whole different topic), there's no denying that they've fallen far out of favor because of their lack of scientifically provable reliability. To read a book (and series) premised on psychoanalysis as the appropriate lens through which to view the world is a little jarring.

If you're a big mythology nerd who thinks you might want to read this series, pick up The Hero With A Thousand Faces and read it first. Campbell's writing style can be dry and pedantic, but if it holds your interest, then ask yourself if you really really want to read over 2000 pages of world mythology. While I found reading The Masks of God to be ultimately rewarding, it was also a slog at times (especially in this first volume) and you need to be prepared to watch your normal reading pace slow considerably.… (more)
LibraryThing member alexanme
jfc this is one is mb worse than oriental mythology

campbell literally takes anthropological info on MODERN PPLS (ie from the past ~500 yrs) and suggests that their societies r a model for PALEOLITHIC SOCIETIES (!?!?!?!!) like wow! fuck! levi-strauss was fucking better than this!!!! mauss and durkheim already covered this ground in a much less offensive way!!!!… (more)
LibraryThing member saturnloft
Joseph Campbell was a veritable demigod of comparative mythology. He was brilliant at discovering connections in seemingly unrelated myths across the globe, illuminating the ways in which beliefs moved from culture to culture over thousands of years.

However: If you haven't read Campbell before I suggest you take The Hero with a Thousand Faces (Masks of God Lite) out for a spin first. It's only one book, and far less of a commitment. You'll be able to tell immediately if Campbell's dense & astoundingly long-winded writing style is something you can hang with, because hey, it's not for everyone.

First off, be prepared to encounter verbosity so thick you may need a mental machete to hack your way through it. Secondly, expect paragraphs and individual sentences so long that you may need to hire a cartographer to draw you a freaking map of them. If this doesn't daunt you than by all means, read The Masks of God. In this series, Campbell does not hold back. The contents of his incredibly fertile and overstuffed brain overflow from the pages in a deluge of information. He tells great stories from a plethora of different cultures. He loves to make Byzantine diagrams and complicated explanations where simplicity would suffice.. And he likes to namedrop like crazy. Sigmund Freud, Thomas Mann, Oswald Spengler, Friedrich Nietzsche, James Joyce.. You will be hearing a lot about these guys. (No girls, though. Conspicuously absent, but I suppose that's not surprising.)

As for this particular volume, Primitive Mythology, the Freudian Whackadoo is strong here. Mighty strong. It reaches a crescendo around pg. 73 to pg. 76. If you have an allergy to Freudian concepts, you might want to skip it.
This volume is mostly concerned with comparing and contrasting the myths of early agriculturally based societies with the beliefs of ancient hunter-gatherer peoples. The former would concur with Star Trek's Spock: "The needs of the many outweigh the needs of the few." whereas the latter, well, read the book and find out... but don't say I didn't warn you.… (more)
Fewer