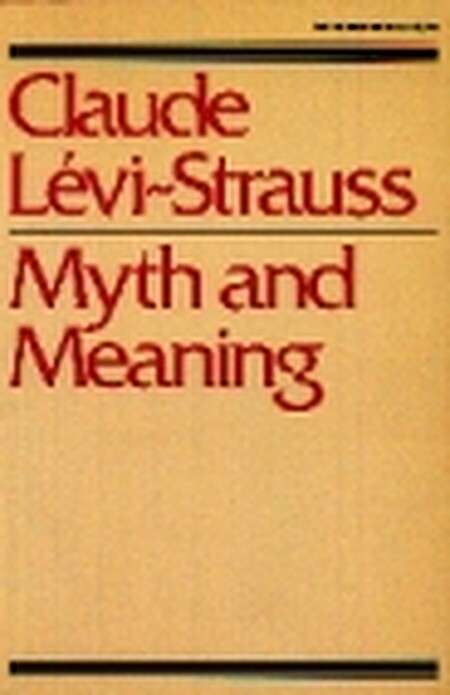 Ever since the rise of science and the scientific method in the seventeenth century, we have rejected mythology as the product of superstitious and primitive minds. Only now are we coming to a fuller appreciation of the nature and role of myth in human history. In these five lectures originally prepared for the CBC, Claude Lévi-Strauss, one of the world's greatest living thinkers, offers the insights of a lifetime spent interpreting myths and trying to discover their significance for human understanding.

Combining history, anthropology, and philosophy, this book provides a broad and penetrating perspective on the contemporary western world.

LibraryThing member jaygheiser
I was a bit disappointed. I think I need to read something longer. This is a transcription of a CBC radio program he gave in 1977
1 more
LibraryThing member kant1066
This book consists of five talks given on the CBC Radio series “Ideas” in December 1977, with a short introduction from religious scholar Wendy Doniger from the University of Chicago. The names of the lectures themselves won’t provide but the barest of insight into the material that Levi-Strauss covers, but since there are only five, I will name them here. They are 1) “The Meeting of Myth and Science,” 2) “‘Primitive’ Thinking and the ‘Civilized’ Mind,” 3) “Harelips and Twins: The Splitting of Myth,” 4) “When Myth Becomes History,” and 5) “Myth and Music.”

These lectures are some of the very few popularizing work that Levi-Strauss did in his extremely long life. As Doniger says in her fine introduction, they “touch upon all of Levi-Strauss’s great methodological paradoxes between myth and science, myth and history, myth and music,” and present the most difficult concepts in “La Pensee Sauvage” (“The Savage Mind”) for the educated lay audience (p. xii).

These lectures don’t really lend themselves to summary terribly well. As you can see above, the entire book itself, including the introduction, is a mere 80 pages. They do, however, give you brief glimpses into the abiding concerns and problems that have, more than anything else, given structure to Levi-Strauss’s unique intellectual path within the field of anthropology, and those related to structuralism in particular. I read this together with Patrick Wilcken’s biography, “Claude Levi-Strauss: Poet in the Laboratory,” which I found added a lot of appropriate background material that was useful in dealing with these talks.

If you find the topics of his lectures interesting, you’ll almost certainly be disappointed in their relative lack of depth. (I suppose you have to sacrifice detail when you’re presenting complicated ideas to a non-professional audience.) However, there are wonderful resources out there with much more detail. Wilcken’s biography is a good place to start, but can be variously supplemented with Christopher Johnson’s “Levi-Strauss: The Formative Years” (an imprint from Cambridge) and “Tristes Tropiques.” And if you get really adventurous, you can try “The Savage Mind” or his two-thousand-page, four-volume “Mythologiques.” With any hope, I’ll get there eventually.… (more)
Fewer

The myth of the eternal return : or, Cosmos and history by Mircea Eliade