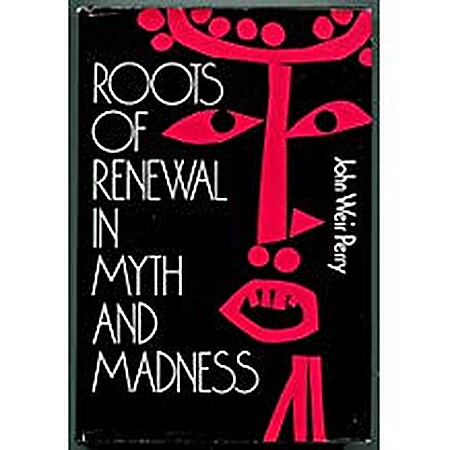 Roots of renewal in myth and madness

This provocative new approach to the meaning and management of acute psychotic episodes in schizophrenic patients is based, not on medicinal supression of the "delusional" imagery that occurs during these periods, but on the recognition that this imagery represents a renewal process -- an attempt of the psyche to heal itself. John Perry shows that when medication is avoided during acute psychotic episodes the patient experiences a legitimate altered state of consciousness in which he tries to reorganize his inner self. The images that the patient describes are symbols of emotional disturbances and can provide a healing experience for the patient; further, these images are remarkably similar among patients and reflect the classical symbols found in ancient myth and ritual -- in kinship ceremonies, in death and rebirth dramas, and in messianic ideology.

Roots of Renewal in Myth and Madness provides an historical background of the renewal process as seen in myth and ritual drama and shows how the symbols involved are still projected in the modern psyche. Perry recommends handling Ihe acute psychotic episode by cooperating with what the psyche is attempting to do and by relating to that attempt, so that it is made conscious and understandable. His innovative method of psychotherapy, in which he sees psychosis more as a "visionary state" than as a pathological disorder, is amply illustrated with case material that emphasizes the relevance of the imagery to emotional living. Altogether, he offers a convincing demonstration of the vitality of the Jungian framework in understanding the psychotic process, a thoughtful socio-psycho-historical analysis of symbol and image, and an important new way of approaching the problems and treatment of psychotic conditions.

This book is part of the Jossey-Bass behavioral science series