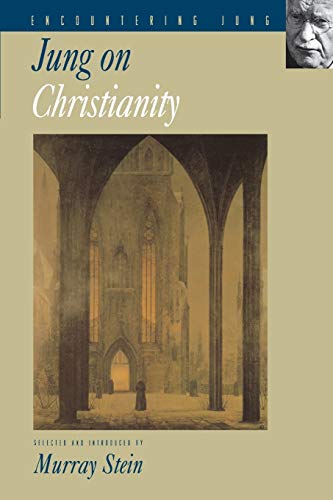 C. G. Jung, son of a Swiss Reformed pastor, used his Christian background throughout his career to illuminate the psychological roots of all religions. Jung believed religion was a profound, psychological response to the unknown--both the inner self and the outer worlds--and he understood Christianity to be a profound meditation on the meaning of the life of Jesus of Nazareth within the context of Hebrew spirituality and the Biblical worldview.

Murray Stein's introduction relates Jung's personal relationship with Christianity to his psychological views on religion in general, his hermeneutic of religious thought, and his therapeutic attitude toward Christianity. This volume includes extensive selections from Psychological Approach to the Dogma of the Trinity," "Christ as a Symbol of the Self," from Aion, "Answer to Job," letters to Father Vincent White from Letters, and many more.

Pathways into the Jungian world : phenomenology and analytical psychology by Roger Brooke
Ego and archetype; individuation and the religious function of the psyche by Edward F. Edinger
A Primer of Jungian Psychology by Calvin S. Hall
The Christian archetype : a Jungian commentary on the life of Christ by Edward F. Edinger
Archetypes & strange attractors : the chaotic world of symbols by John R. Van Eenwyk
23 more
Psychology and Religion Based on the Tery Lectures by C. G. Jung
The psychology of C.G. Jung : an introduction with illustrations by Jolande Jacobi
The problem of the puer aeternus by Marie-Luis Von Franz
Seeing through the visible world : Jung, gnosis, and chaos by June Singer
Jung and the alchemical imagination by Jeffrey Raff
Carl Jung and Christian spirituality by Robert L. Moore
Complex/archetype/symbol in the psychology of C. G. Jung by Jolande Székács Jacobi
Jung and the making of modern psychology : the dream of a science by Sonu Shamdasani
Jung and Christianity : the challenge of reconciliation by Wallace B. Clift
Jung : a biography by Deirdre Bair
The feminine dimension of the divine by Joan Chamberlain Engelsman
Collected Works of C.G. Jung, Volume 11: Answer to Job by C. G. Jung
Mysterium coniunctionis : an inquiry into the separation and synthesis of psychic opposites in alchemy by C. G. Jung
Psyche and symbol : a selection from the writings of C.G. Jung by C. G. Jung
Romancing the shadow : illuminating the dark side of the soul by Connie Zweig
Meeting the shadow : the hidden power of the dark side of human nature by Jeremiah Abrams
Essays on a science of mythology : the myth of the divine child and the mysteries of Eleusis by C. G. Jung
The creation of consciousness : Jung's myth for modern man by Edward F. Edinger
The kingdom within by John A. Sanford
Jung by Anthony Stevens
The gnostic Jung and the Seven Sermons to the dead by Stephan A. Hoeller
The basic writings of C.G. Jung by C. G. Jung
Analytical psychology : its theory and practice ; the Tavistock lectures by C. G. Jung
Fewer