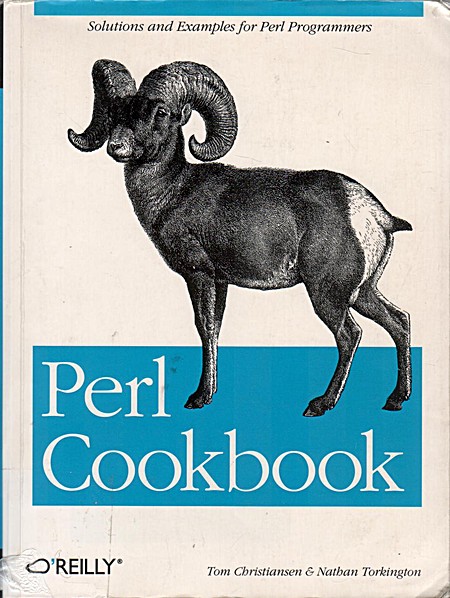 The Perl Cookbook is a comprehensive collection of problems, solutions, and practical examples for anyone programming in Perl. Topics range from beginner questions to techniques that even the most experienced of Perl programmers will learn from. More than just a collection of tips and tricks, the Perl Cookbook is the long-awaited companion volume to Programming Perl, filled with previously unpublished Perl arcana.The Perl Cookbook contains thousands upon thousands of examples ranging from brief one-liners to complete applications. Covered topic areas spread across nearly four hundred separate "recipes," including: Manipulation of strings, numbers, dates, arrays, and hashes Reading, writing, and updating text and binary files Pattern matching and text substitutions Subroutines, libraries, and modules References, data structures, objects, and classes Signals and exceptions Accessing text, hashes, and SQL databases Screen addressing, menus, and graphical applications Managing other processes Writing secure scripts Client-server programming Internet applications programming with mail, news, ftp, and telnet These recipes were rigorously reviewed by scores of the best minds inside and outside Perl, foremost of which was Larry Wall, the creator of Perl himself.The Perl Cookbook is written by Tom Christiansen, Perl evangelist and coauthor of the bestselling Programming Perl and Learning Perl; and Nathan Torkington, Perl trainer and co-maintainer of the Perl Frequently Asked Questions list.… (more)

LibraryThing member lorax
Anyone who is even slightly familiar with Perl presumably knows about the Camel Book (Programming Perl), but this indispensable companion is somewhat less well-known. That's a shame, because I find myself reaching for this more frequently than for the Camel; once you know the basics of the language, the Cookbook is a wonderful time-saver when you need a particular trick or technique. More than once I've spent an hour or so working out the details of a finicky regexp (a completely generic number-recognition expression, allowing for scientific notation and the like, is the first example to come to mind) only to find them helpfully supplied as examples in the Cookbook. Very highly recommended.… (more)