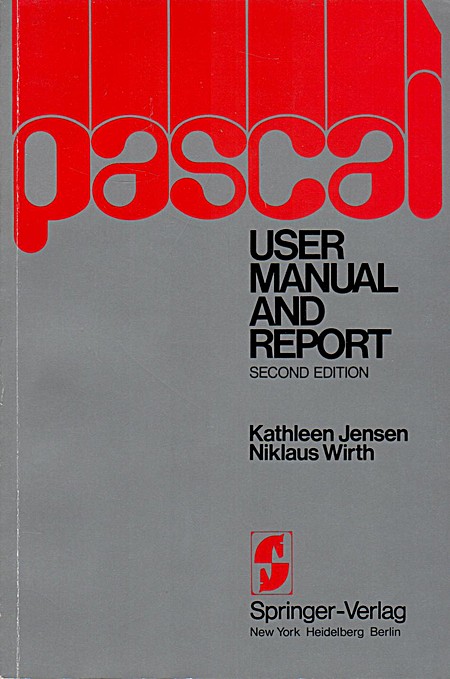 puter system. In 1971 one computer system had a Pascal compiler. By 1974 the number had grown to 10 and in 1979 there were more than 80. Pascal is always available on those ubiquitous breeds of computer systems: personal computers andl professional workstations. Questions arising out of the Southampton Symposium on Pascal in 1977 [Reference 10] began the first organized effort to write an officially sanctioned, international Pascal Standard. Participants sought to consolidate the list of questions that naturally arose when people tried to implement Pascal compilers using definitions found in the Pascal User Manual and Report. That effort culminated in the ISO 7185 Pascal Standard [Reference 11] which officially defines Pascal and necessitated the revision of this book. We have chosen to modify the User Manual and the Report with respect to the Standard - not to make this book a substitute for the Standard. As a result this book retains much of its readability and elegance which, we believe, set it apart from the Standard. We updated the syntactic notation to Niklaus Wirth's EBNF and improved the style of programs in the User Manual. For the convenience of readers familiar with previous editions of this book, we have included Appendix E which summarizes the changes necessitated by the Standard.… (more)