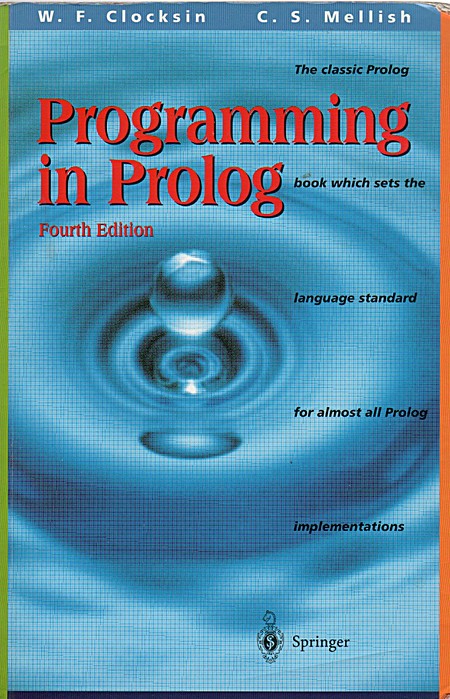 Originally published in 1981, this was the first textbook on programming in the Prolog language and is still the definitive introductory text on Prolog. Though many Prolog textbooks have been published since, this one has withstood the test of time because of its comprehensiveness, tutorial approach, and emphasis on general programming applications. Prolog has continued to attract a great deal of interest in the computer science community, and has turned out to be a basis for an important new generation of programming languages and systems for Artificial Intelligence. Since the previous edition of Programming in Prolog, the language has been standardised by the International Organization for Standardization (ISO) and this book has been updated accordingly. The authors have also introduced some new material, clarified some explanations, corrected a number of minor errors, and removed appendices about Prolog systems that are now obsolete.… (more)

LibraryThing member aleph123
let's just say: I read and studied the first edition at the University of Turin (phocopies, poor student); I bought the second edition (I will not bother to add it online); I bought the third edition... so, I liked the book, it seems!