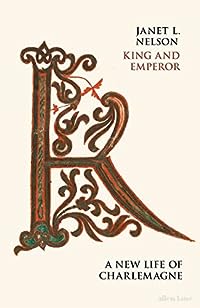 "Charles I, often known as Charlemagne, is one of the most extraordinary figures ever to rule an empire. Driven by unremitting physical energy and intellectual curiosity, he was a man of many parts, a warlord and conqueror, a judge who promised 'for each their law and justice', a defender of the Latin Church, a man of flesh-and-blood. In the twelve centuries since his death, warfare, accident, vermin, and the elements have destroyed much of the writing on his rule, but a remarkable amount has survived. Janet Nelson's wonderful new book brings together everything we know about Charles, sifting through the available evidence, literary and material, to paint a vivid portrait of the man and his motives. Building on Nelson's extraordinary knowledge, this biography is a sort of detective story, prying into and interpreting the fascinating and often obdurate scraps of evidence, from prayer books to skeletons, gossip to artwork. Charles's legacy lies in his deeds and their continuing resonance, as he shaped counties, countries, and continents, founded and rebuilt towns and monasteries, and consciously set himself up not just as King of the Franks, but as the head of the renewed Roman Empire. His successors--in some ways even up to the present day--have struggled to interpret, misinterpret, copy, or subvert his legacy. Janet Nelson gets us as close as we can ever hope to come to the real figure of Charles the man as understood in his own time"--Provided by publisher.… (more)

Charlemagne: Father of a Continent by A. Barbero
Imperial Tragedy: From Constantine's Empire to the Destruction of Roman Italy AD 363-568 by Professor Michael Kulikowski
Heart of Europe: A History of the Holy Roman Empire by Peter H. Wilson
Ravenna: Capital of Empire, Crucible of Europe by Judith Herrin
Age of Conquests by Dr Angelos Chaniotis
10 more
The Scythians: Nomad Warriors of the Steppe by Barry Cunliffe
Charlemagne: The Great Adventure by Derek Wilson
The Rise of Rome: 1000 BC - 264 BC by Dr Kathryn Lomas
Charlemagne: The Formation of a European Identity by Rosamond McKitterick
Daily Life in the World of Charlemagne by Pierre Riche
The Habsburgs: The Rise and Fall of a World Power by Martyn Rady
The Anglo-Saxons: A History of the Beginnings of England by Marc Morris
Aelfred's Britain: War and Peace in the Viking Age by Max Adams
The Inheritance of Rome: A History of Europe from 400 to 1000 by Chris Wickham
Aethelstan: The First King of England (The English Monarchs Series) by Sarah Foot
Fewer